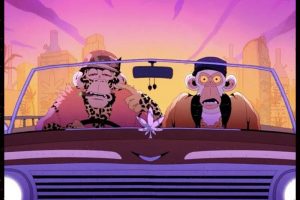 Hip-hop legends Eminem and Snoop Dogg have teamed up for a new track, “From The D 2 The LBC.”

“This probably should have happened a while ago,” Em says at the start of the song.

“Put your doobies high if you reside in 213, let’s see them blunts raised,” they rap in the song’s chorus, as they give a nod to their respective hometowns: Detroit, Michigan, and Long Beach, California. “Whether you east side or west side of the 313, let’s see them guns blaze.”

“Took too long to reconnect with @snoopdogg- you know we had to make a movie,” Eminem wrote on Instagram. The last time the two rappers collaborated was back on 2000’s “Bitch Please II” off Eminem’s third studio album The Marshall Mathers LP.