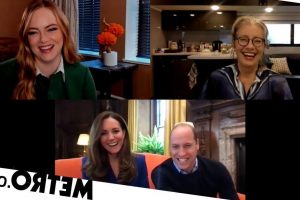 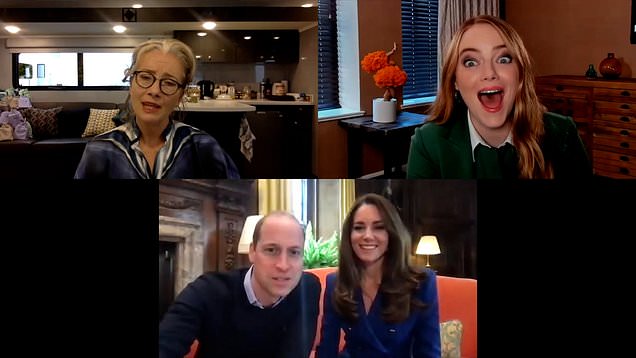 Emma Stone and Dame Emma Thompson were left in stitches as Prince William recalled being ‘propositioned’ by an elderly woman, as they were joined by Kate for a chat about Cruella.

On Monday the Hollywood stars jumped on a Zoom with the Duke and Duchess of Cambridge ahead of a special screening of the star’s latest film, Cruella, for NHS staff.

Emma, who plays titular villain Cruella, and Dame Emma, who plays her rival Baroness Von Hellman in the Disney film, looked thrilled to speak with the royals in footage from the call – with Dame Emma seemingly speaking from on-set.

Their chat appeared ahead of the couple’s arrival at the screening on Wednesday night and saw the royals joking about the duke’s popularity with an elderly lady he met at a care home on Sunday.

William said: ‘I got propositioned by a 96-year-old lady called Betty yesterday who wanted to kiss me.

‘She’s in a care home with her daughter and I said, “Betty, if I do that, I’m going to get slapped on the back of the head for being inappropriate…social distancing”. 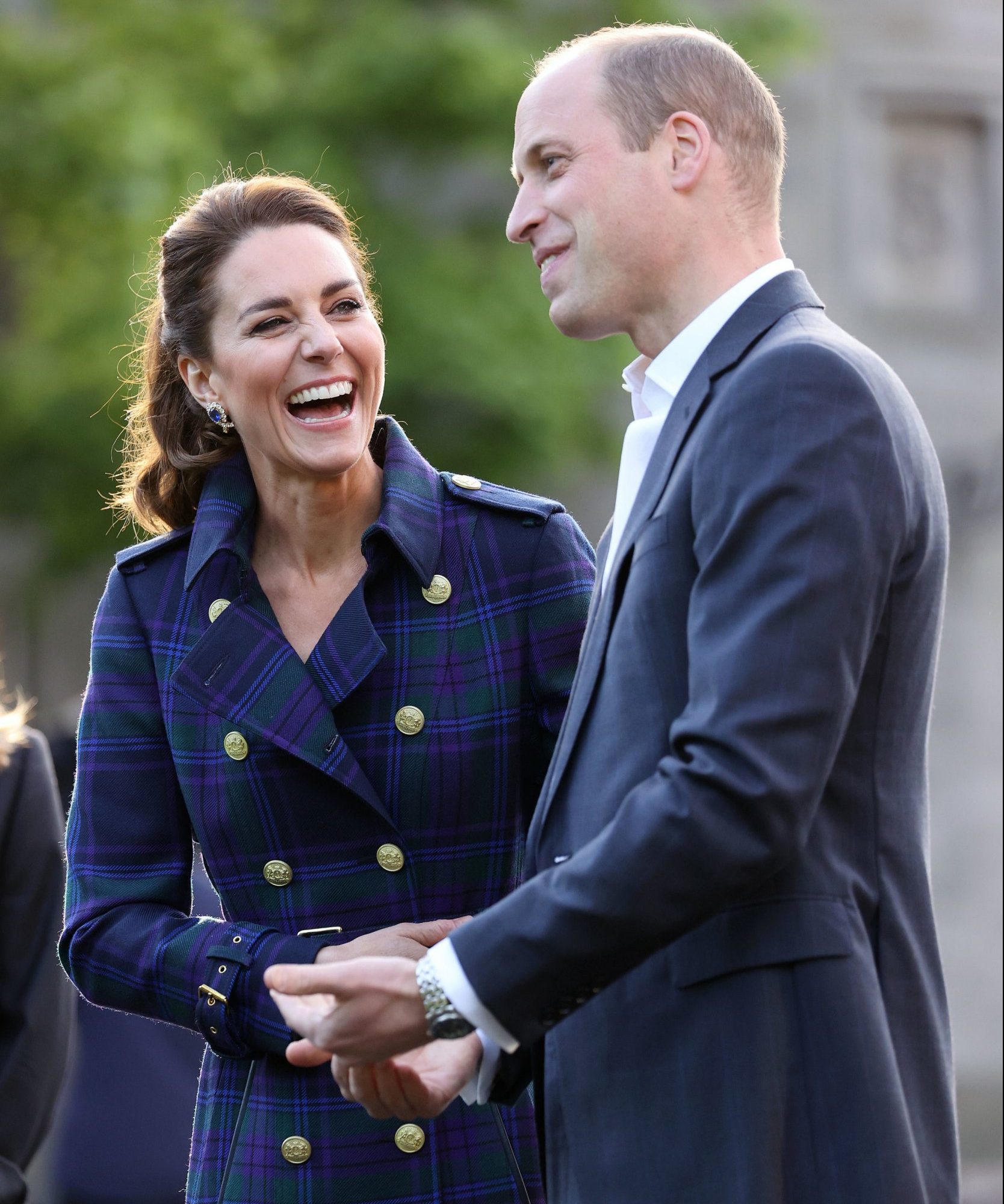 ‘And she said, “I’ll have you afterwards then”. She was a right character!’

Kate interjected, laughing: ‘This is what happens when I’m not around!’

Emma was loving Betty’s moxie, as she chimed in of her shooting her shot with the duke: ‘I’ve got a window!’

The two Oscar-winning stars talked about making the film in London, with Emma telling Kate and William how they were in front of Buckingham Palace at one point as she rode a motorcycle around The Mall.

William joked: ‘We should have had you stopped Emma, it’s very dangerous.’

‘I know, I know,” she replied. ‘I really got away with it, on my motorcycle… a car trailing me around Buckingham Palace.’

And, calling the royal couple ‘darlings’, legend Dame Emma said of their plan to host health workers: ‘You’re doing a screening for the NHS, aren’t you?

‘What an extraordinary testament really to the creation of the NHS, I mean we’re so lucky to have that.’

Kate, who during the screening wore a coat by Holland Cooper and earrings loaned by the Queen, replied to the stars: ‘Speaking to lots of them, you know during lockdown and various points of this last year, some of them… who had Covid themselves, they then felt bad that they were letting their teammates down and they weren’t there.

‘It’s an amazing work ethic and you know they just went above and beyond really and still do obviously.

‘That’s why I suppose we wanted to do this, you know, thank them in this way and celebrate some of the work they’re doing.’

NHS Charities Together is the national charity partner of the NHS and is made up of 240 NHS charity members based in hospitals, mental health, ambulance, community health services and health boards across the UK.

Cruella is released in the UK on Friday – read our review here.