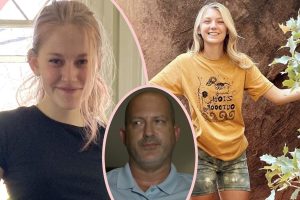 How awful. All of our hearts are breaking right now for the family of Kiely Rodni. The 16-year-old, who went missing after a party in the woods in Placer County, California two weeks ago was finally found over the weekend. Sadly a dive team found her submerged in her vehicle in the Prosser Reservoir. The body has since been confirmed by autopsy to be her.

Like we said, we’re all grieving for the teen’s poor family getting this unimaginable news. But for one family it’s hitting a little harder. Because they’ve been through it before.

Gabby Petito was missing for weeks before her body was finally found in the Grand Teton National Park. That search, of course, was made even more twisted by the fact her fiancé Brian Laundrie and his family chose to keep everything they knew to themselves, extending the days when Gabby’s parents held out hope — and lived in dread.

But this eventual moment, the moment of learning your beloved daughter is gone, that must have been very much the same. That’s what Joseph Petito seemed to say as he reached out with sympathy to Kiely’s family on Monday. He tweeted after the initial reports that the Truckee teen had been found dead:

“My condolences to #kielyrondi’s family. May she rest in piece. ”

He added, revealing how this was hitting him:

“The emotions all come back to the surface when you see things like this.

The Petito family, who created the Gabby Petito Foundation in their murdered daughter’s honor, have clearly been following the case. They have spent the months since their daughter’s passing amplifying all stories of missing and endangered people, especially young women in abusive domestic situations.

And of course this case was particularly familiar as the Rodni family reached out for anyone to help them find their little girl — and so many who attended that party have remained silent.

Just on Friday — before the bad news — Gabby’s mom, Nichole Schmidt, had shared a video in which Kiely’s father, Daniel Rodni, begged for help on Fox News. She wrote:

“I feel this pain, @josephpetito & @Jim_Schmidt416 know this horrible feeling. Somebody knows something! This #heartbroken dad just wants answers!”

Sadly he has now gotten the one answer he didn’t want. As for the rest, we’ll have to wait and see. Was this just a car accident? Was there foul play? Now that Kiely has been found, we hope the rest of the answers aren’t far behind.