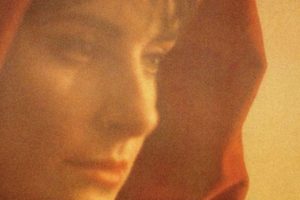 Singer Enya, most famous for her hit song Orinoco Flow has taken to Instagram to share a rare public statement with her 108k followers after her brother’s tragic death.

Enya, 60, took to social media following the death of her brother, Leon Brennan who worked behind the scenes of the band Clannad band that started Enya’s career before she went solo. It also featured their sister, Moya.

Leon died peacefully at home surrounded by his family.

Enya made a rare statement on her Instagram page where she shared a sombre picture of herself and wrote about Leon.

To get all the latest celebrity news, sign up for OK!'s daily newsletter here.

She wrote: “It is with a deep and terrible sadness that I must announce the death of my beloved brother, Leon.”

She continued: “Not only was he my brother, but he was my dearest and closest friend. My love for him will remain forever in my heart."

Enya asked fans to respect her privacy at this difficult time.

She said: “I would ask for privacy at this time, not only for me, but for all my family.”

One wrote: “So sorry. I’ll be praying for you and your family!”

Another penned: “So sorry for your loss Enya” followed by a red heart emoji.

While a third shared: “My condolences” followed by a sad face emoji and pink flower emoji.

The Caribbean Blue singer also shared her tribute to her “beloved brother” on Twitter and condolence messages from fans flooded in.

One wrote: “I’m so sorry to hear this Leon always would email and talk to me things Ireland. Rest In Peace my brother i will miss you but will see you soon.”

Another shared: “Sorry for your loss Enya. Sympathies to you and your mother and all members of the Brennan family. RIP Leon.”

While a third penned: “Words never justify to what someone actually feels for another at a sad time like what you feel now but prayers and peace for you and your family, beautiful.”

Leon and Enya’s sister Moya Brennan also paid tribute to her brother, writing that she was “heartbroken” at his death.

She said: “I know he touched the lives of many people around the world, and he will be missed so very much.”