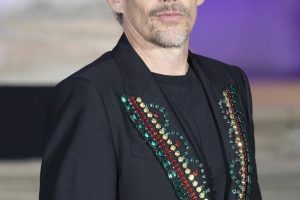 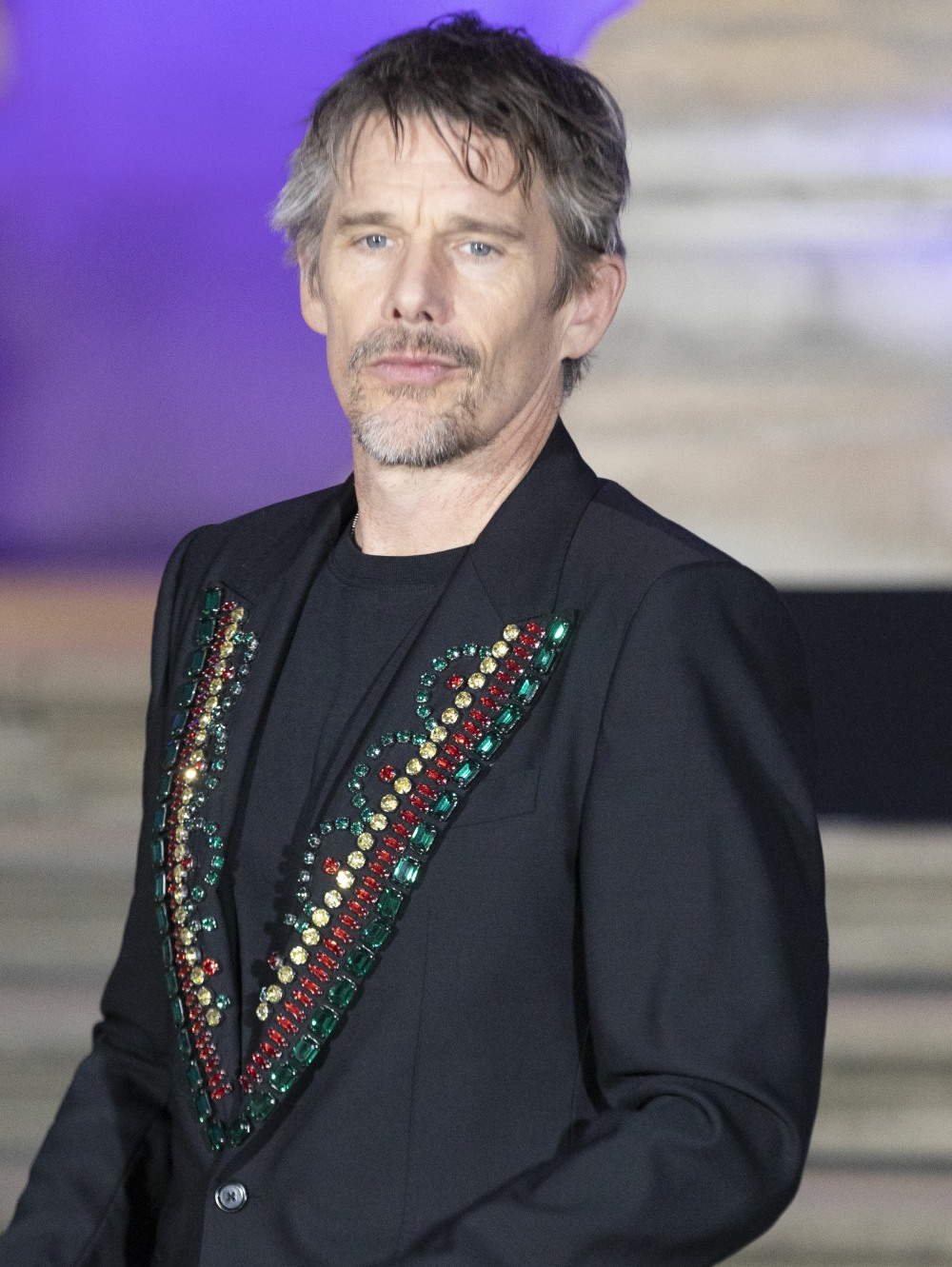 Ethan Hawke is still making the promotional rounds for The Last Movie Star, a docu-series he directed about Joanna Woodward and Paul Newman. Because he’s Ethan Hawke, you know he’s going to do two things: talk about himself and name-drop. I love this gossipy man. Ethan has actually had a very good year – he entered the Marvel universe with Moon Knight, he’s appeared in The Black Phone and The Northman and he’s just working constantly. To hear Ethan tell it, his life would have been much different if only people understood that he was a leading man. Instead, he’s had high moments and low moments and it’s taught him to say yes to most things. You would think that Ethan’s “lean years” mentality would make “working for Marvel” an easy choice. But no, he had qualms, brief qualms which were quickly snuffed out because of money.

In a new interview with Insider, the actor revealed that he was initially hesitant to star in “Moon Knight.” But after talking with his family, he decided to take the role because he thought that was what Paul Newman would do.

“I remember I was sitting at my dinner table and I had just been offered ‘Moon Knight’ and I was trying to decide whether to do that or not,” Hawke said. “And my youngest, Indiana, who was 10 at the time, said, ‘Well, Dad, what would Paul do?’”

While Newman never made a superhero movie, Hawke believes that some of his later roles suggest that he would have embraced today’s franchise-driven entertainment landscape — if he had to. “Do I think he admired blockbusters and superhero movies? No, I don’t,” Hawke said. “He hated doing ‘Towering Inferno.’ That was his idea of a giant sellout. You see him in physical pain in that movie.”

In that sense, Hawke says that he made the decision to appear in “Moon Knight” for purely financial reasons, something that he also thinks Newman would have done to support his family.

“It’s still a job,” Hawke said. “You still have to put food on the table.”

Still, it appears that Hawke enjoyed the experience of working on “Moon Knight,” as he eventually praised the creative freedom that Marvel gave him as an actor. He believes that finding a balance between art and commerce is what Paul Newman would have done.

“I am an actor,” he said. “That is how I pay my kids’ medical bills, that’s how I put a roof over our heads. And my job is not to change the world and make it the perfect place. My job is to do good work to the best of my ability. So we all decided, ‘I think you should do it.’ And I’m glad I did.”

In this day and age, I genuinely think too many actors are too “precious” about what projects they’ll do and which projects they’re proud of. You can work for Marvel and acknowledge that you’re not making the best piece of art in your oeuvre and still enjoy the experience or the project. You can enjoy making a movie just because you know other people will enjoy it, that it will be a crowd-pleasing popcorn movie. You can say “yes” for any reason you want. I doubt Ethan said yes to Moon Knight because he had to put food on the table, but even if he did, that’s as valid a reason as anything else. Personally, I think he said yes because he wanted to work with Oscar Isaac and because he was curious about what it would be like to work for Marvel. And yeah, Paul Newman probably would have done it! Hell, Robert Redford was part of the MCU! Jeff Bridges, Michael Keaton, Anthony Hopkins and Ben Kingsley too. Sometimes actors just want to do a project that their kids or grandkids will see. 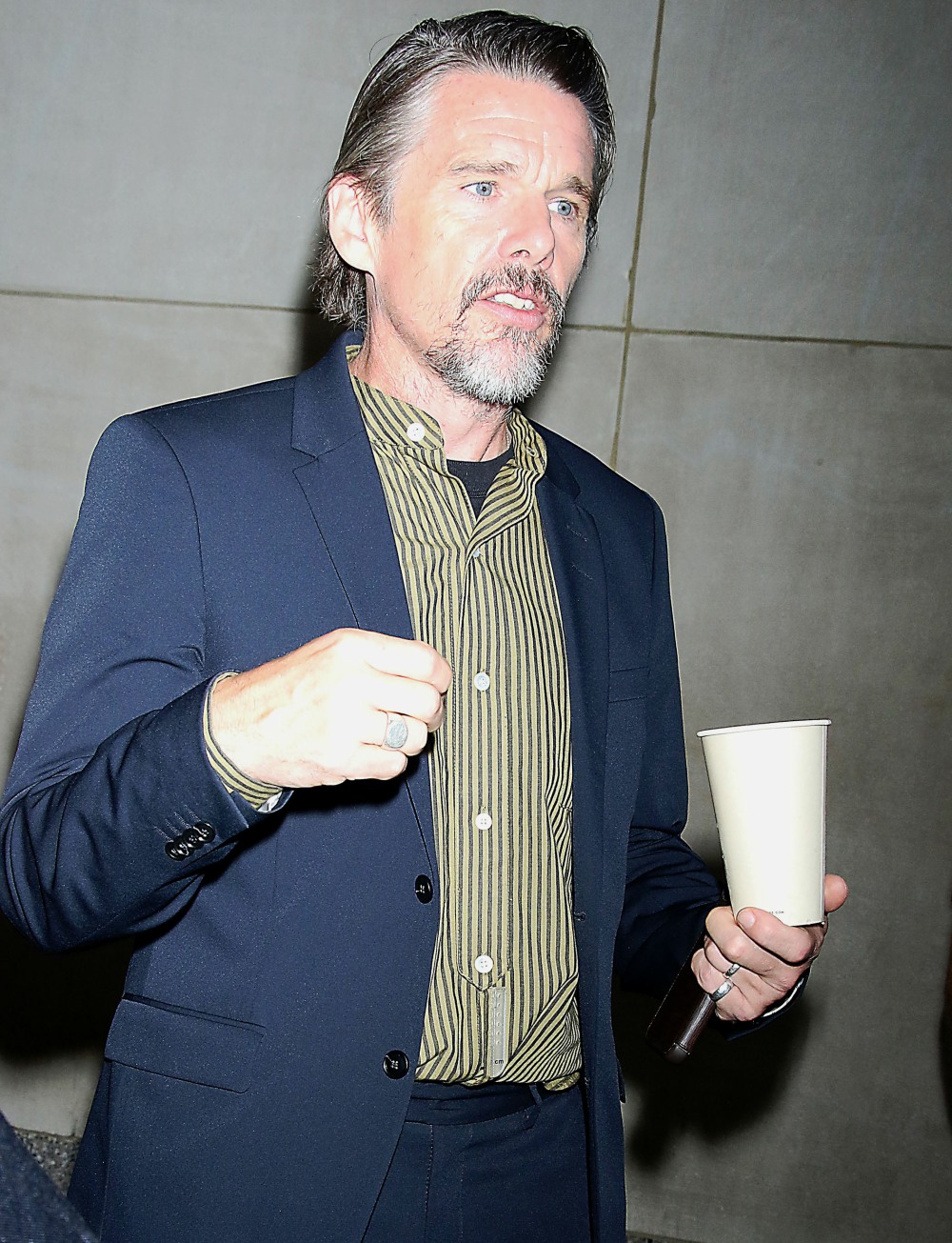