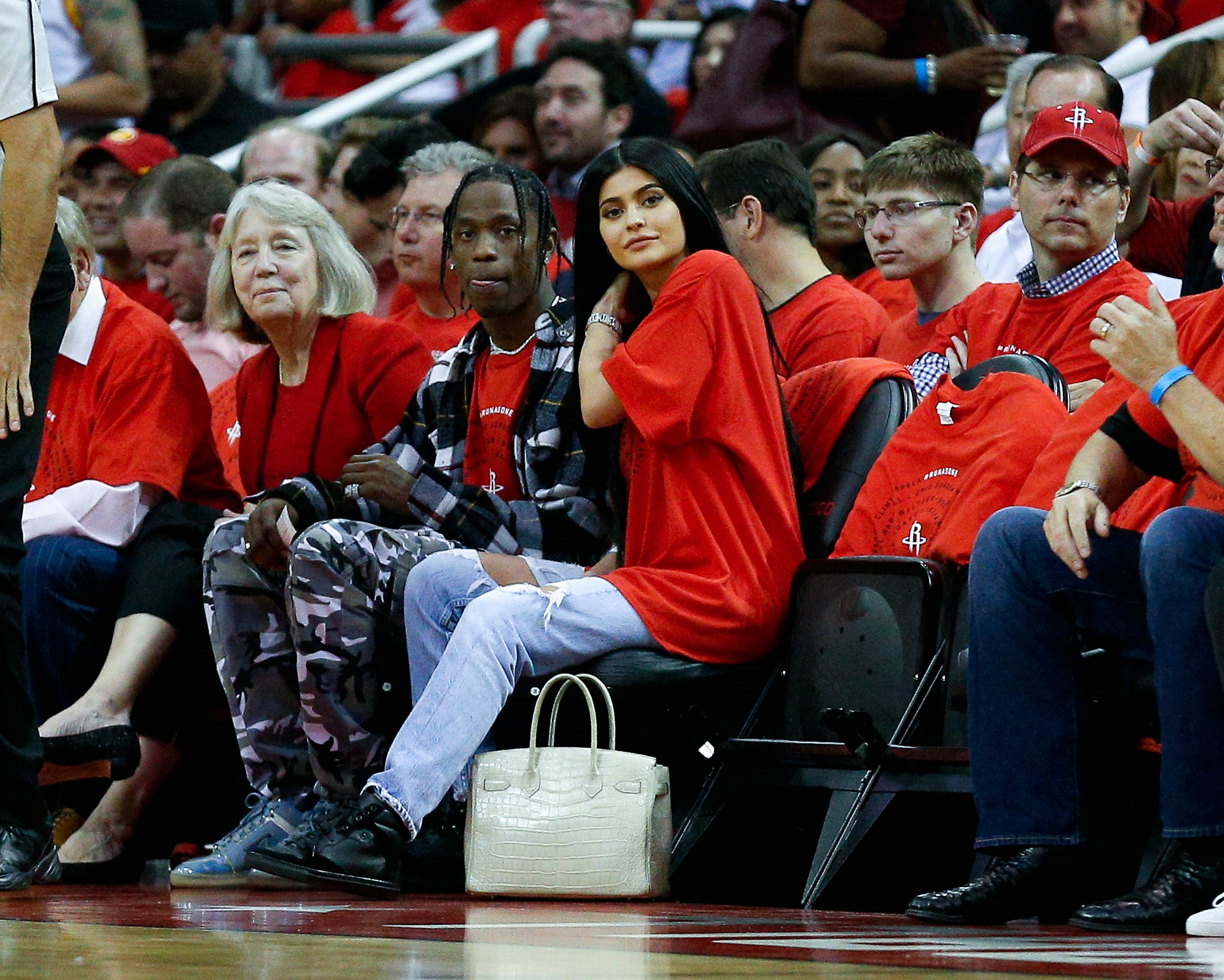 Here’s a hot new pop culture conspiracy theory for you: Will Travis Scott propose to Kylie Jenner at the Super Bowl? Some fans seem positive he will.

People are predicting on Twitter that the rapper, who is performing at this year’s Half Time show with Maroon 5 and Big Boi, will pop the question to his beauty mogul girlfriend during the big game. And there are a few potential clues pointing that this may be true, as Cosmopolitan points out.

First, Scott recently told Rolling Stone, “We’ll get married soon. I just gotta sturdy up—I gotta propose in a fire way.” The interview was published in late December. Is Sunday, February 3, the date of the Super Bowl, soon enough for him?

Plus, “fire” (AKA over-the-top) proposals run in the family. When Kanye West proposed to Kylie’s sister, Kim Kardashian, in 2013, he shut down San Francisco’s AT&T Stadium, had an orchestra play, and projected the words “PLEEEASE MARRY MEEE!!!” on a jumbotron. Travis has a big act to follow.

Second, Super Bowl Sunday has a big significance for the couple. That day last year was when Kylie announced she and Travis became parents for the first time to their baby girl, Stormi Webster, who was born on February 1. The reality star kept her entire pregnancy journey a secret from the public, but she broke her silence on game day.

Given the hints, does that mean we can expect Scott to pop the question on Sunday? It all just seems like speculation for now, but if momager Kris Jenner has anything to do with it, we just might be in for a treat. Here’s what the fans are saying: