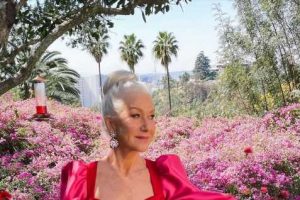 Helen Mirren finally gets to drive in ‘F9’ — to Buckingham Palace, no less

Three must be Dame Helen Mirren’s magic number — and not just because of her Triple Crown of Acting achievements in the U.S. and in her native U.K. The 75-year-old star appears in “F9: The Fast Saga,” in theaters June 25. It’s her third in a streak of “Fast & Furious” franchise appearances that began after she started publicly professing her love of Vin Diesel and driving back in 2015. “I so want to be a mad driver in a ‘Fast & Furious’ movie. I keep putting it out there, and they never ask me,” Helen told Yahoo at the time. This month, the actress reiterated that desire to Forbes, telling the outlet, “The reason I wanted to be in the ‘Fast & Furious’ movies [was] so I could drive cars really fast down closed-off streets.” Instead, she was relegated to non-driving parts in 2017’s “The Fate of the Furious” and 2019’s “Fast & Furious Presents: Hobbs & Shaw.” But “F9” finally puts Helen in the driver’s seat. “I was so excited when they first said, ‘You’ve been [cast] in the ‘Fast & Furious’ movie,” the actress recalled to the New York Post this week. “Fantastic. Finally, all my whining and moaning and begging worked. And then, of course, I was in the back of an ambulance in the first one,” she lamented. “The second one came. ‘Oh, brilliant. Finally now, now I’ll get to drive one of those super cool cars.’ ‘Oh, no, you’re in jail. So, I’m afraid, no, you’re not going to be driving anywhere,'” she continued. Driving in “F9,” however, is special on a personal level, she said. “Because not only am I driving, I’m driving down the Mall towards Buckingham Palace,” she enthused. “It’s amazing. I mean, the last time I went to Buckingham Palace, I went to get my dame[hood]. I went in the back of a very smelly taxi. So it was astounding. It was just so exciting.”

RELATED: How the ‘Fast & Furious’ franchise stars have change over the years

Britney Spears and her boyfriend, Sam Asghari, reportedly headed to Hawaii for a few days after the singer’s bombshell June 23 statement in her conservatorship case, where she said she wants the arrangement to end. But what’s next in the case? Britney, 39, told the court the 13 year-long arrangement has been “abusive” and allowed her father, Jamie Spears and others to exploit her. She alleged Jamie put her on Lithium against her wishes, forced her to perform against her will and refused to let her remove an IUD despite her desire to have another child, among other measures related to her finances, health care, personal life and career. Legal experts tell NBC News the next step for Britney would be for her lawyer to formally file a petition requesting an end to the conservatorship. After that, a court-appointed investigator would likely speak with Britney, Jamie and “everyone else involved” before the judge makes a decision. Attorney Tamar Arminak, who represented Amanda Bynes’ parents in her 2014 conservatorship case, told NBC it seems “realistic” Jamie could be removed as co-conservator and the restrictions could be loosened, but the conservatorship would stay in place. “Britney has said in this case that the father is doing more harm than good,” Tamar said, “but there are reasons that she’s still under the conservatorship.” Britney, meanwhile, apologized to fans after the hearing for pretending she was “OK” for years when she was not. “I was embarrassed to share what happened to me,” she said, in part. The next hearing in her case is scheduled for July 14.

RELATED: The business of being Britney Spears

Pride Weekend in a newly reopened New York City got started in style on June 24 with a surprise, two-song mini-performance by Madonna. According to Variety, the longtime LGBTQ+ icon popped up around 1:30 a.m. on top of the bar inside the exclusive Boom Boom Room lounge at the Standard Hotel in the city’s Meatpacking District. Earlier that night, she had debuted a new video she and photographer Ricardo Gomes (who co-produced the bash) created in honor of Pride called “No fear, Courage, Resist,” in Times Square. Addressing the crowd, Madonna said it would have been “a tragedy” had the Big Apple not have been able to reopen in time for Pride (the city recently passed its goal of vaccinating more than 70 percent of New Yorkers). “Take nothing for granted because you never know what’s waiting for all of us around the corner,” Madonna urged revelers. “Learn to love yourself.”

On June 25, former Minneapolis police officer Derek Chauvin was sentenced to 22 and a half years in prison after being convicted of second-degree unintentional murder, third-degree murder and second-degree manslaughter in the death of George Floyd. The sentencing, which included 199 days of prison time Chauvin has already served, sparked a wave of reactions across Hollywood and around the world, with many celebrities protesting that the sentence was not enough for a white man charged with protecting and serving the community who killed a Black man slowly, in broad daylight, as the act was filmed. “Very disappointing!!” Tina Knowles Lawson wrote on Instagram after the sentencing. “My Godson was sentenced to 20 years for 2 ounces of marijuana. He has been in jail for 11 years. This man [was] convicted of three charges. He murdered this man on TV before the world. And will only serve 15! The system has to change!”

During an appropriately emotional, funny and occasionally awkward edition of “Conan,” Conan O’Brien said his final farewell to late-night on June 24. The 58-year-old host and comic capped off 28 years in the genre with guests Will Ferrell (who joked he was getting tired of all of saying goodbye to Conan’s multiple late-night posts), Jack Black (who brought the awkwardness via an injury he actually sustained while shooting a musical skit in which he was supposed to fake an injury), and cameos from Homer Simpson and, of course, Conan’s longtime sidekick Andy Richter, whom Conan called “one of the funniest people I’ve ever met.” Speaking to the audience, Conan mused: “I’ve devoted all of my adult life to pursuing this strange phantom intersection between smart and stupid. There’s a lot of people who believe the two cannot coexist, but god I will tell you, it is something I believe religiously, I think when smart and stupid come together… I think it’s the most beautiful thing in the world.” He also shared a career tip with viewers. “My advice to anyone watching right now — and it’s not easy to do … but try — try and do what you love with people you love,” Conan said. “If you can manage that, it’s the definition of heaven on Earth.” Though his long-running eponymous show is over at TBS, Conan, whose late-night career began in 1993 when he took over “Late Night with David Letterman” at NBC, is slated to host a new variety show at HBO Max.

Jay-Z has filed suit against hip-hop photographer Jonathan Mannion for allegedly “exploiting” his name and likeness, Vulture and Rolling Stone reported on June 25. At issue is Jonathan’s now iconic, black-and-white photo of the rapper that appeared on Jay’s 1996 album, “Reasonable Doubt.” “Jay-Z never gave Mannion permission to resell any of the images,” the court documents claim. “Nor did Jay-Z authorize Mannion to use his name, likeness, identity, or persona for any purpose.” The documents state Jay asked Jonathan to cease and desist selling copies of the image, alleging that the request went nowhere. The suit then states the photographer “demanded that Jay-Z pay him tens of millions of dollars to put an end to Mannion’s use of Jay-Z’s likeness. The Roc Nation founder wants an injunction to stop Jonathan from selling the image, plus “compensatory damages,” according to the New York Post. In response, Jonathan’s legal team has reportedly said, “We are confident that the First Amendment protects Mr. Mannion’s right to sell fine art prints of his copyrighted works, and will review the complaint and respond in due course.

Prince Harry arrives in the U.K. ahead of tribute to Princess Diana

Prince Harry returned to the U.K. on June 25, marking his second visit home since he and Duchess Meghan relocated to California, after stepping back from their royal duties. Harry is expected to join his brother, Prince William, at the July 1 unveiling of a statue created to honor their late mother, Princess Diana, on what would have been her 60th birthday, according to People. It’s unclear where things are for Harry and William with regard to tensions stemming from Harry’s allegations of racism and mistreatment he says he and Meghan incurred from his family prior to their departure. But the brothers were spotted talking at their grandfather’s recent funeral and are said to have had internal family discussions with their father, Prince Charles, during Harry’s last visit. Meghan has stayed home with the couple’s young children, Archie and Lilibet, during both of Harry’s visits abroad. Diana’s statue will be erected at the Sunken Garden at Kensington Palace.

Ed Sheeran gushes about being a new dad

Ed Sheeran is back on the music scene this week, courtesy of his new single, “Bad Habits,” a tune about vices and late nights and loneliness. While Ed’s experienced his share of those things in the past, they have nothing to do with his life now, which revolves mostly around being a dad to Lyra, the daughter he and Cherry Seaborn announced they’d welcomed last year. “It is the best thing that’s ever happened to me,” Ed gushed in a recent interview on SiriusXM. “I think there’s so many different sides and shapes to it. … There’s difficult days, there’s amazing, easy days. It’s just a rollercoaster of emotions. I know that sounds like a cliché thing to say but it’s amazing. I love it.” Ed, 30, also opened up about the impact fatherhood has had on his approach to making music, admitting he’s now usually in the studio from 9 a.m. to 5 p.m., whereas he used to “just kind of work until it was done.” Ed explained, “I feel like with a kid you need a structured workday. You can’t be working until 2 o’clock in the morning.” As for the most important lesson he’s learned since becoming a dad? “No parent knows what they’re doing,” Ed quipped. 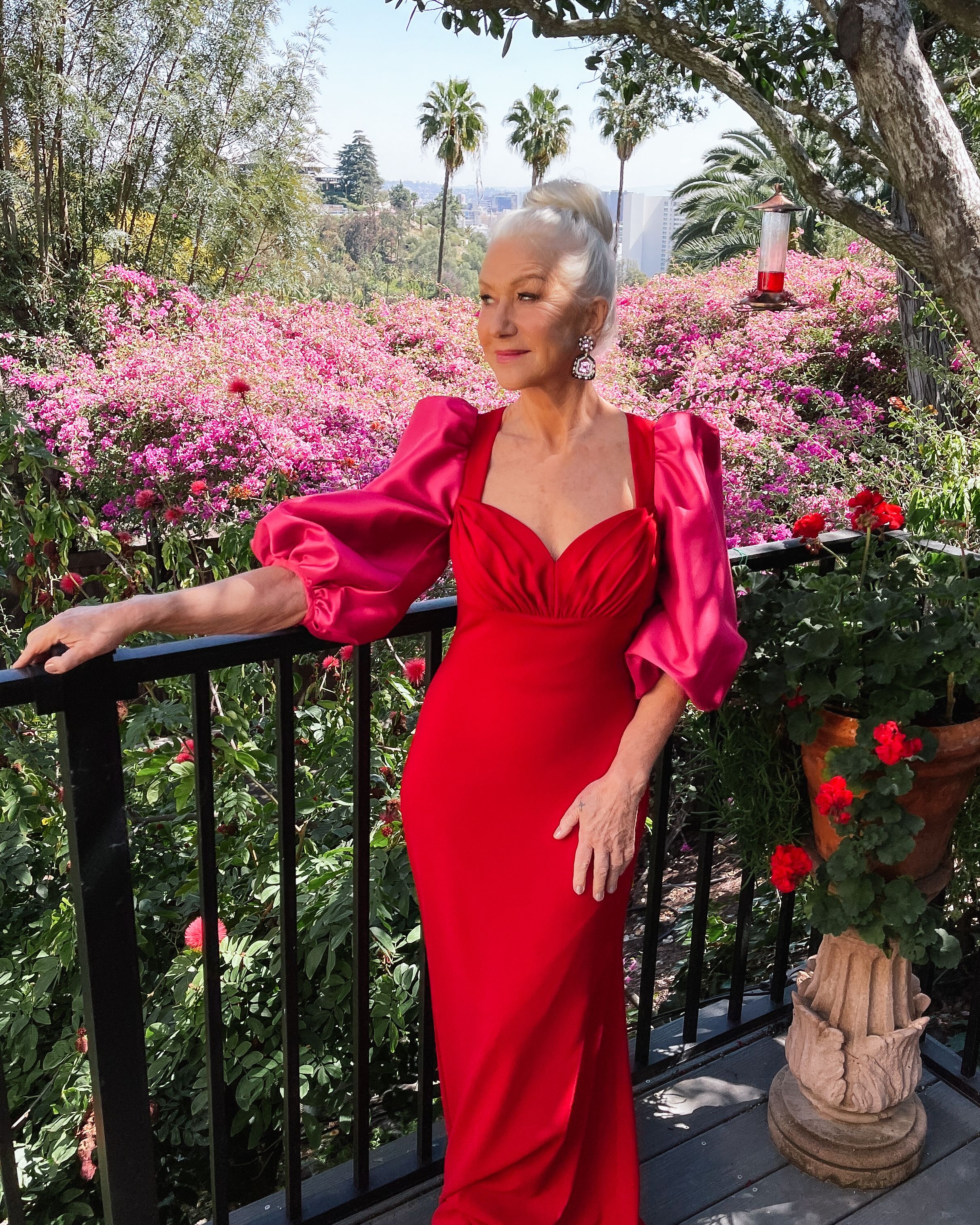 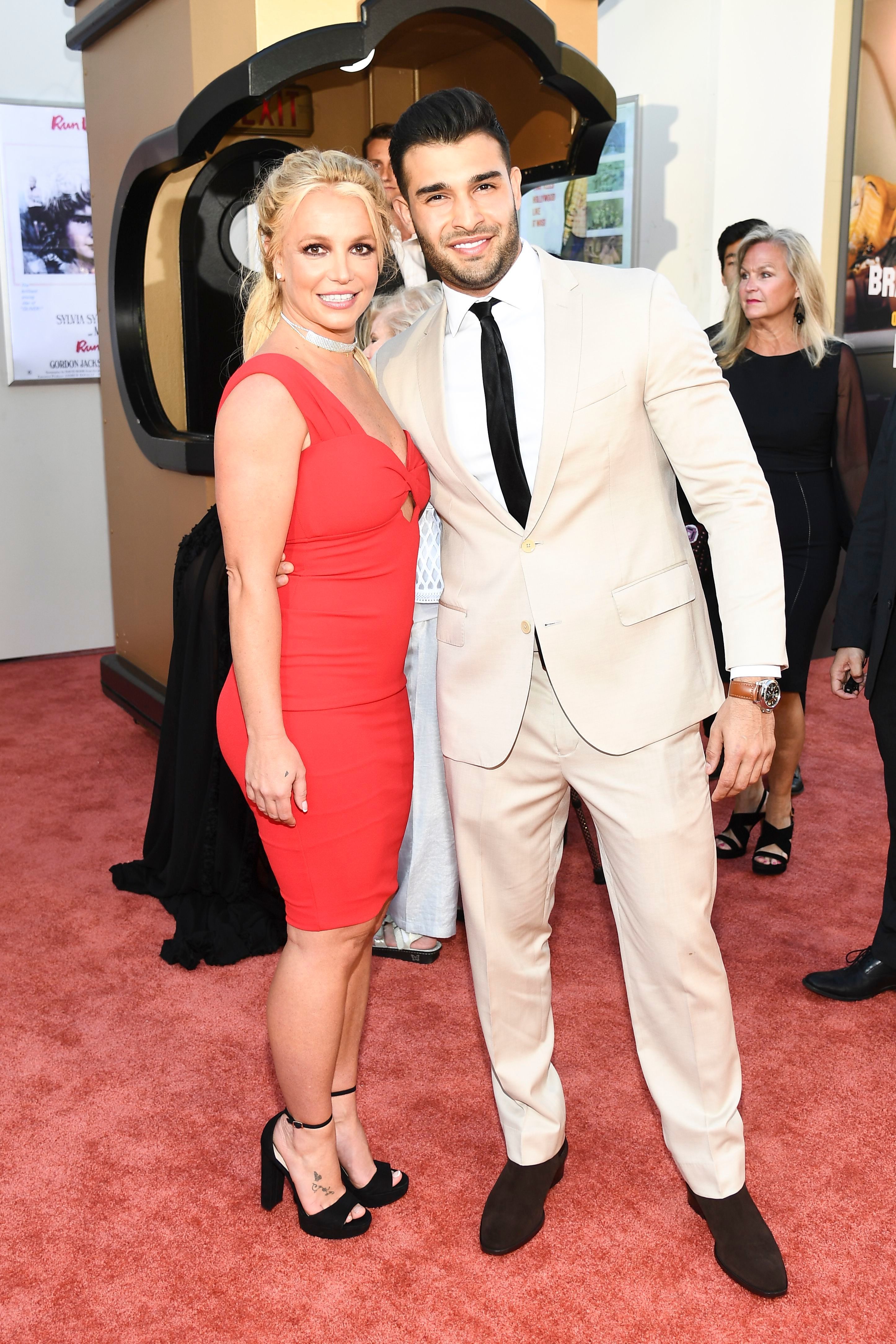 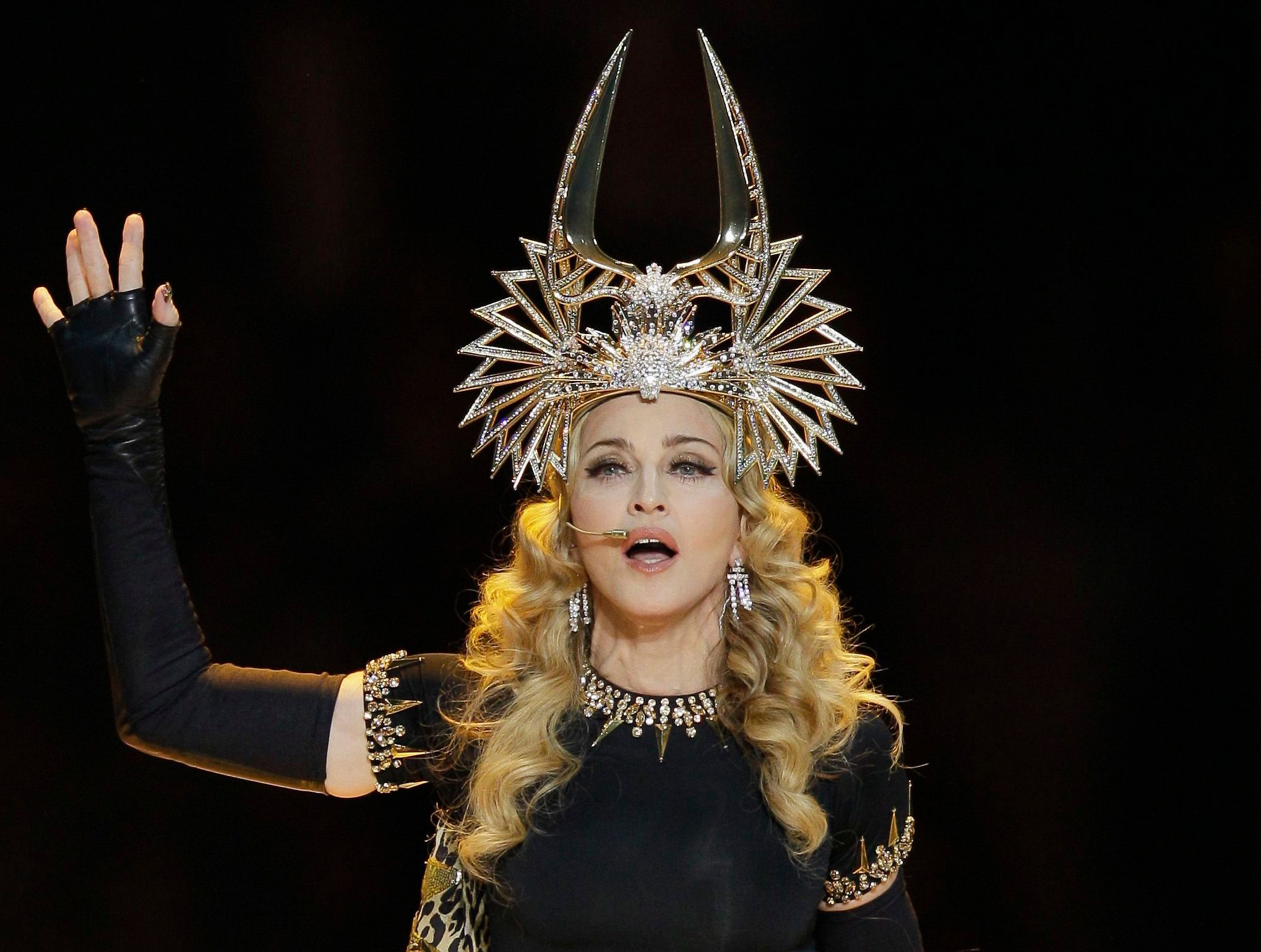 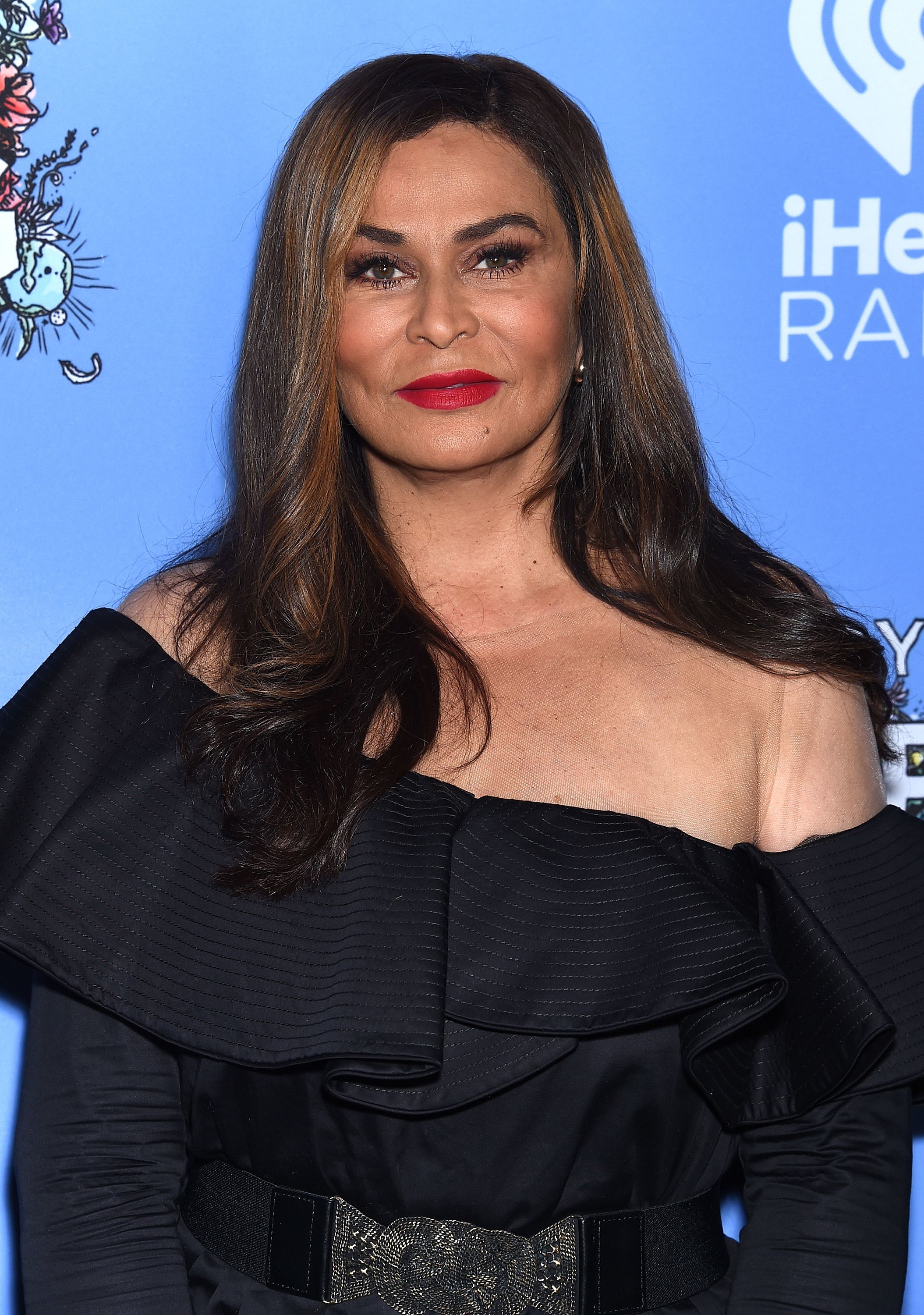 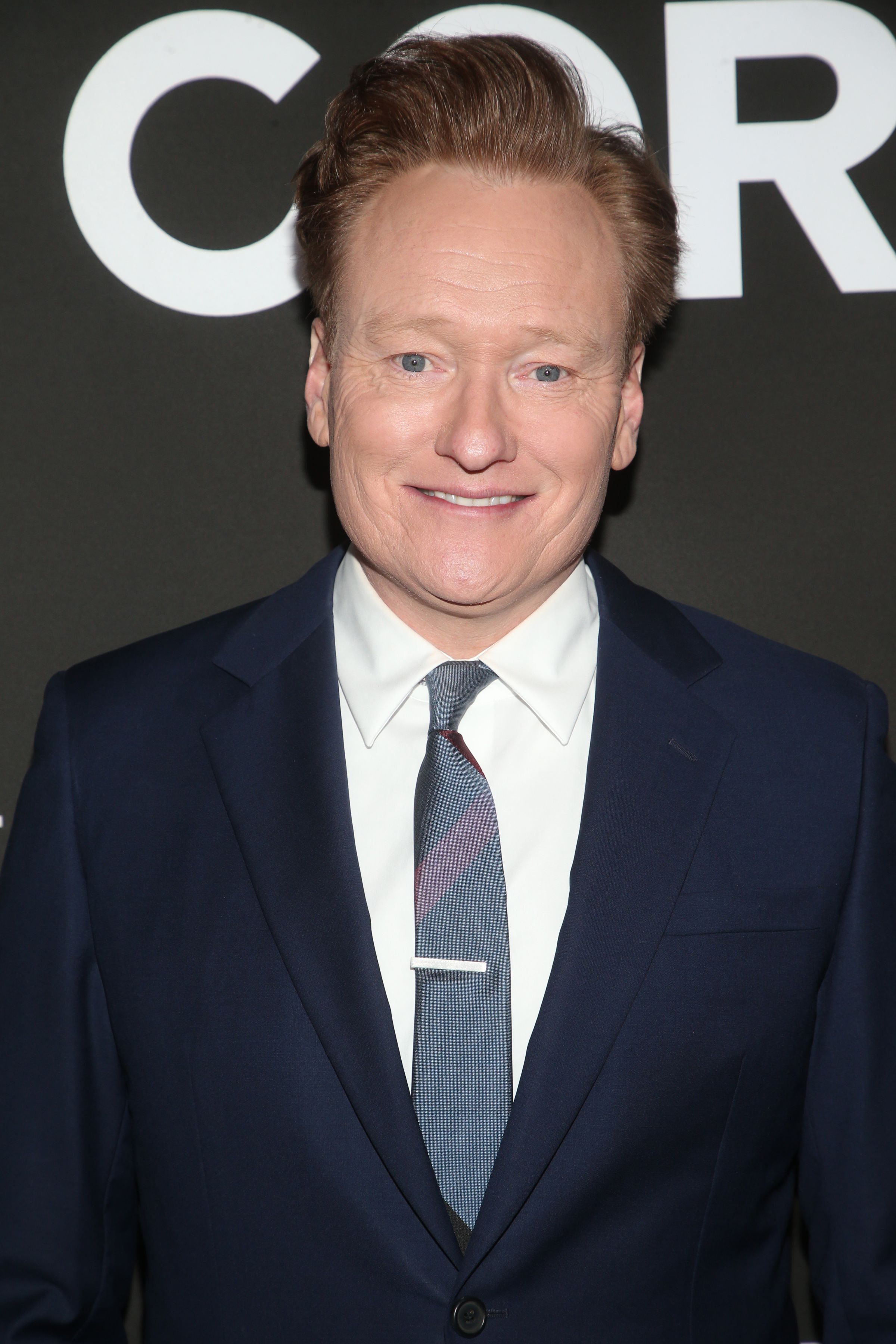 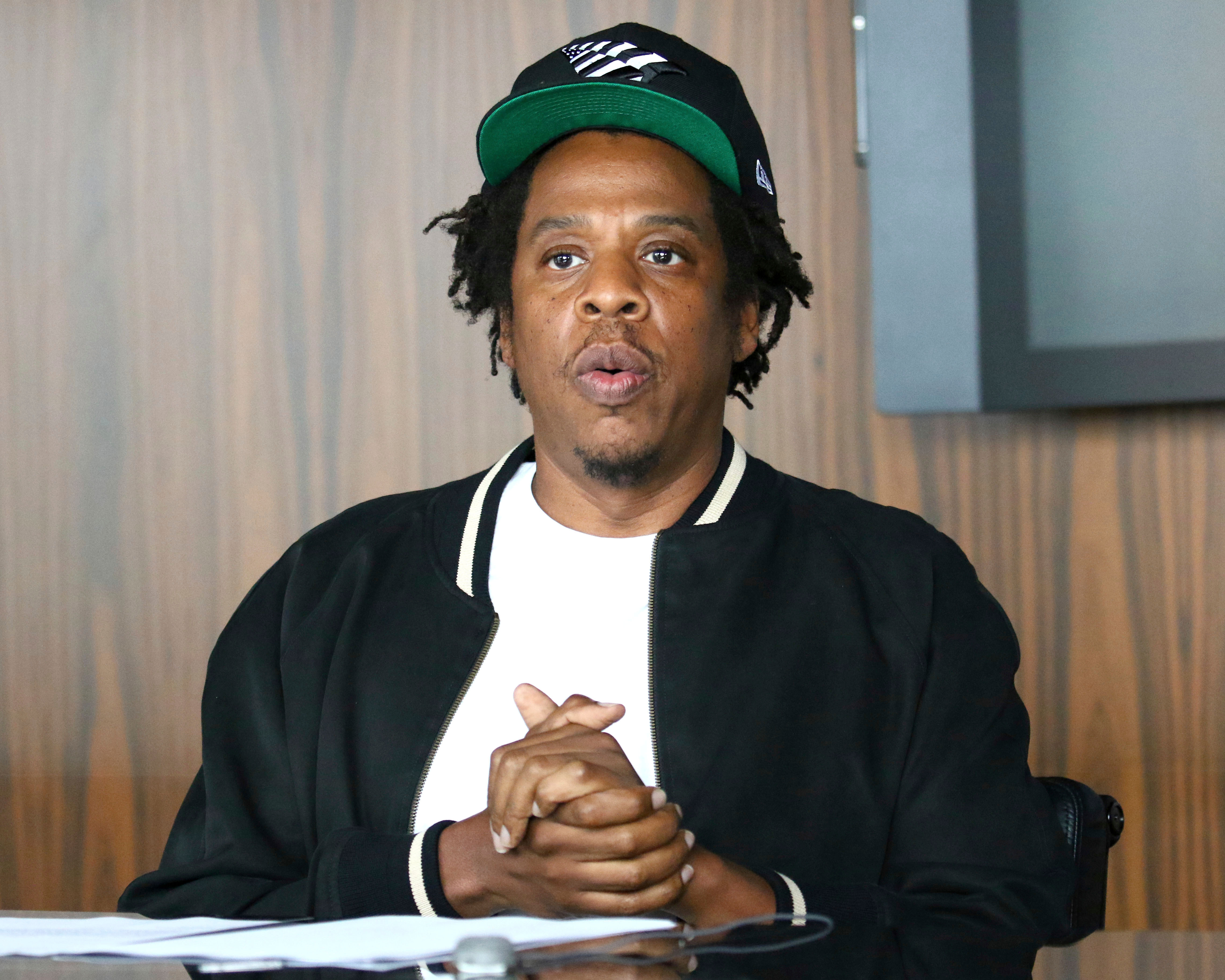 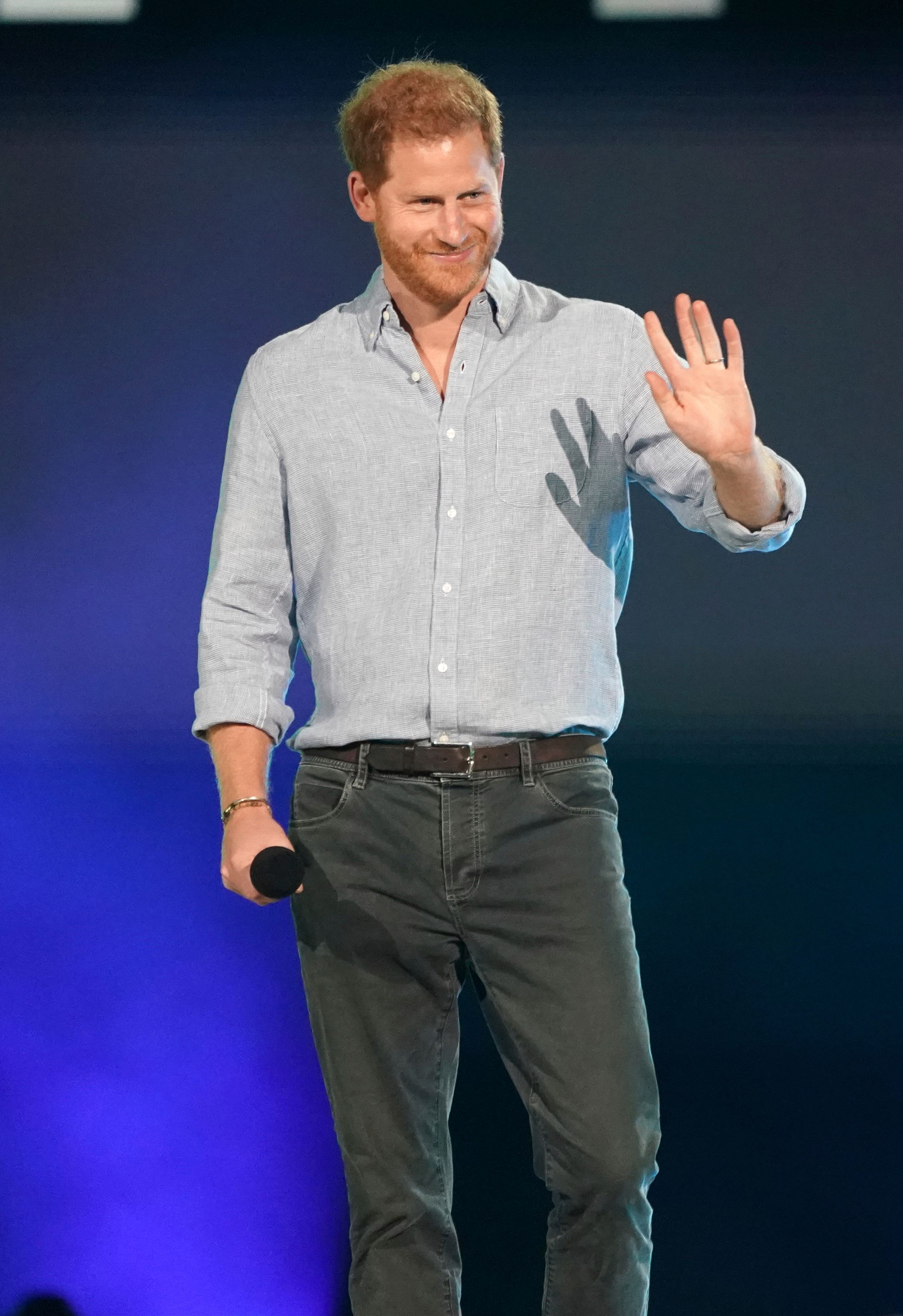 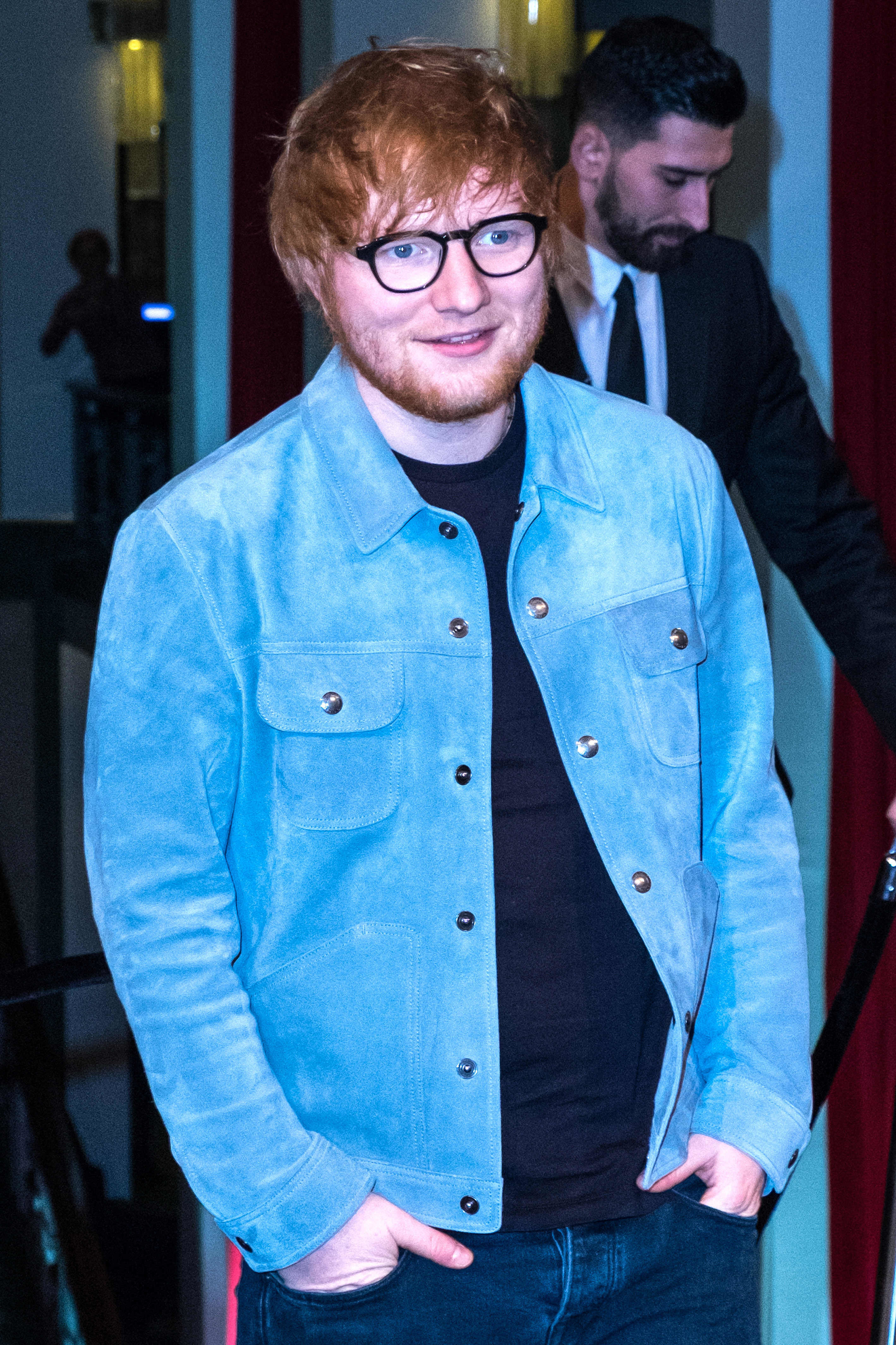 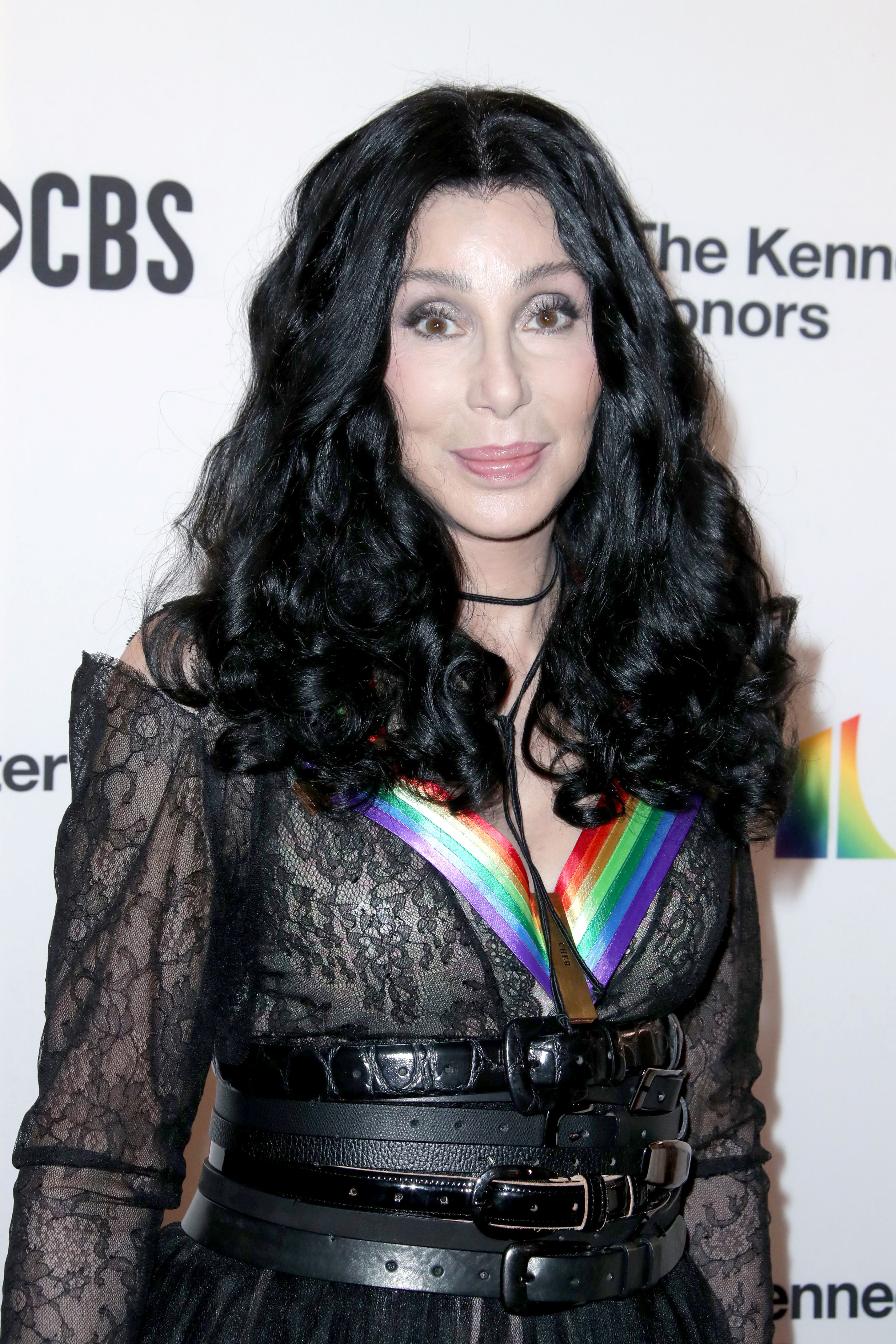