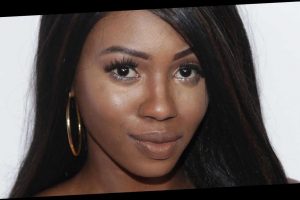 Over the weekend, Faith Stowers’ Instagram Live sent shockwaves through Bravoland when she came forward with a story about how Stassi Schroeder and Kristen Doute called the cops on her for a crime she had nothing to do with. Faith explained the horrifying and racist actions from Stassi and Kristen and said, “It was just funny, because they thought it was me because it was a Black woman with a weave. So, they just assumed it would be me, and they called the cops on me…It didn’t work, so they were upset about that.”

Shortly after Faith recounted that story, which Stassi had previously laughed about during an interview, Stassi was dropped from multiple brand deals, her agency, and her publicist. Bravo then followed suit and fired Stassi and her Vanderpump Rules costar Kristen for their racist behavior.

We were not aware and that is unacceptable on our part. We’ve ended the partnership and will be doing more thorough diligence going forward.

After the firing, Faith spoke to Page Six and shared that she felt “vindicated” by the consequences her former peers have to face. She said, “I feel so vindicated studios and production are able to see blatant racism and make these positive changes and help move the race forward—help with the fight forward…I was ready to put myself in the line of fire because I don’t know what will happen if I don’t say anything, but I’m glad I did.”

Faith went on to say, “Bravo is releasing women that have given them crazy ratings because they want to be on the right side of history, and I’m seeing [that] people are finally hearing us.”