Home » Farrah Abraham Doubles Down on Rape Allegation Against Mayor, Announces Plan to Run For Office

Farrah Abraham Doubles Down on Rape Allegation Against Mayor, Announces Plan to Run For Office 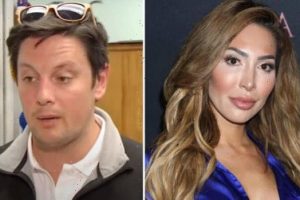 Earlier this week, we reported on the shocking allegation that former Teen Mom star Farrah Abraham has leveled against a man named Dominic Foppoli.

Farrah says she was sexually assaultes by Foppoli, who, until yesterday, was the mayor of Windsor, California.

In response to allegations from Farrah and eight other women, Foppoli has resigned from his post — though he maintains that he has done nothing wrong.

“It is with a heavy heart that I am resigning, effective today,” read a statement from Dominic’s team that was oublished in the San Francisco Chronicle and other papers.

“I have always and will always maintain that I did not engage in any non-consensual sexual acts with any woman.”

Foppoli did not mention any of his accusers by name, but he dud single out one in vague terms, and based on hid descrtiption, it’s a virtual certainty that he’s talking about Farrah.

“I recently learned that a woman in Palm Beach, Florida is accusing me of non-consensual acts while I was visiting there in March of this year,” he said.

“She made her allegations after she learned of the April 8, 2021 San Francisco Chronicle story. I have no doubt she is making these allegations in an attempt to leverage the situation to her advantage.”

Yes, Foppoli is alleging that Farrah decided to come forward with her story of being assaulted during a trip to Palm Beach, Florida only after she learned that eight other women had come forward, and the scandal ws about to explode.

Farrah’s attorney, Spencer Kuvin, says nothing could be further from the truth.

“I can’t get into the specifics of what she is alleging, but it was of a sexual nature. It was a very serious issue,” Kuvin told the media this week, according to The Ashley’s Reality Roundup.

“The issue, the details of any type of particular conduct that’s alleged, I need to leave that up to the police to investigate.”

Farrah has mostly kept quiet about the case, but she did retweet a person who credited her with bringing Foppoli down.

“Farrah Abraham is really the woman who stopped Dominic….” the tweet read.

On Instagram, she posted a lengthy statement that seems to refer to both the Foppoli case, and Farrah’s feud with Chrissy Teigen, who has recently come under fire for bullying younger celebs in the early years of her career.

“I relate what I’m going through right now to my PTSD from a p0rnstar & women who preyed on me & I now know government officials are just like abusing, murdering, lieing, sick, rapist p0rnstars,” she wrote.

“Happy I lived through both experiences, but I fight & support women. God is good I have no idea why these bad things happen to me. I work so hard to stay away from bad people.”

In a statement that may or may not be related to the Foppoli case, Farrah also announced that she intends to enter the political arena following her thirtieth birthday on May 31.

“I will be running for a government position as soon as I turn 30… count down & thank you in advance for supporting me supporting you,” she tweeted.

“My experiences have lead me to this valuable place that I do not take for granted,” Farrah continued.

“Our family only asks that people respect our privately during this difficult time and because of the ongoing investigation we can’t comment,” said Farrah’s father, Michael Abraham, when reached for comment.

Obviously, Farrah has always been an eccentric figure with a tendency to make grandiose statements.

Attorneys for Foppoli will no doubt use Farrah’s reputation against her, but it’s important to bear in mind that while she might not be a “perfect victim,” Farrah deserves to be believed as much as any other accuser.

We’ll have further updates on this developing story as more information becomes available.