Felicity Huffman Presses for Return of Passport Near Probation Completion 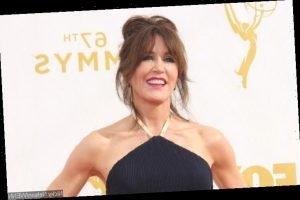 The former ‘Desperate Housewives’ star has completed her court-ordered 250 hours of community service a little over one year after being found guilty for her role in the college admissions scandal.

AceShowbiz -Former “Desperate Housewives” star Felicity Huffman is fighting for the return of her passport, which was taken from her so she couldn’t flee while she was facing conviction for her role in the U.S. college admissions scandal.

The actress was among dozens charged by the FBI and U.S. Attorney’s Office on March 12, 2019, in a nationwide college entrance exam cheating scandal, which also involved fellow actress Lori Loughlin. She pleaded guilty to honest services fraud of using bribes to try and land her daughter a spot at a top university and spent two weeks behind bars last year (19).

She has also completed her court-ordered 250 hours of community service and now her lawyers are demanding the return of her passport, which they claim is still in the hands of officials at the probation department.

Legal papers, obtained by TMZ, reveal Huffman will complete her supervised release before the end of the month and will be free to travel out of the country again for work or pleasure.

The disgraced star previously was reported to be eyeing an acting return after being completely freed. “Like everyone else, Felicity is staying home with her family and quarantining,” a source claimed.

She continues to be very involved with the charities involving prison reform and The Teen Project. Once COVID settles, and as she has said in the past, she will continue the work past the completion of her community service hours. Felicity is also hopeful that she’ll be able to return to acting early next year.

END_OF_DOCUMENT_TOKEN_TO_BE_REPLACED

END_OF_DOCUMENT_TOKEN_TO_BE_REPLACED
We and our partners use cookies on this site to improve our service, perform analytics, personalize advertising, measure advertising performance, and remember website preferences.Ok