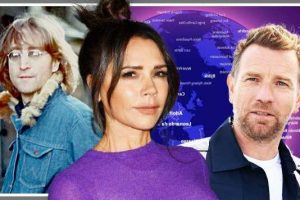 The map shows the birthplaces of remarkable people in culture, leadership, science and sports sectors. Created by Finnish geographer Topi Tjukanov, the map also ranks individuals on how notable they are and has a wiki data link so people can learn more about their hometown celebrities.

Tjukanov works as a Senior Map Designer for Mapbox and has an unrivalled passion for geospatial data, which is clear in his latest project: the notable people map.

He built the map using a database pulling in information from Wikipedia and Wikidata, including the names, birthplaces and birth dates of millions of people.

The map includes arguably every famous person one can think of, from Julius Caesar to Victoria Beckham.

The notability ranking each person receives is based on how influential they are or were.

Users can take a stroll across the globe, which when looked at from afar gives the most notable person born in each country. 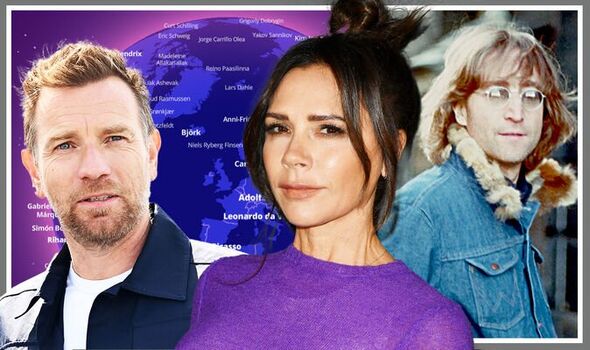 Check out the interactive map here. 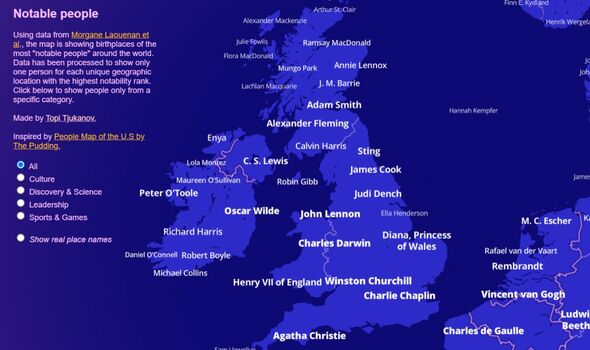 Zooming in, users can also see the most notable individuals from each town, suburb and county.

For the UK as a whole, the map lists the most notable people as Adam Smith and Winston Churchill.

Churchill has a notability rank of seven while Smith’s rank is 220, but for both individuals, their “Is alive?” criteria reads “Nope”.

Zooming in, the most notable people born in Scotland are Ewan McGregor and Alexander Fleming who has a notability rank of 928.5. 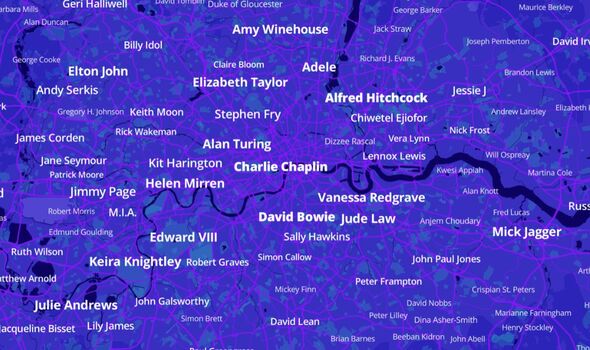 McGregor’s notability rank is 852, with the map noting he is “probably” alive.

While Northern Ireland’s most prominent figure is C.S. Lewis with a rank of 452, the Republic of Ireland shows Peter O’Toole and Pierce Brosnan as prominent notable individuals.

However, Ireland’s most notable person is undeniably Oscar Wilde with a ranking of 89.

London itself is flooded with names, with each borough bringing up multiple names from the likes of Mary Shelley to David Bowie.

England as a whole has many notable individuals with John Lennon, William Shakespeare, Agatha Christie and Charles Darwin ranking highest in the country.

He estimated he spent roughly 10 hours creating the map and highlighted while it was not necessarily easy, other visual designers and spatial data analysts shouldn’t have a hard time doing something similar.

Speaking to Metro.co.uk, he noted the map was made for fun after he spotted “this interesting dataset”.

The interactive globe has become a viral hit, with users now interested in finding the most peculiar or well-known names from their hometowns. 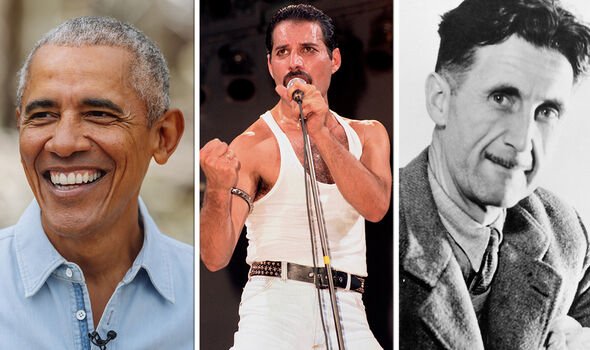 Tjukanov noted on his Twitter page that the map may hide some surprises for even the most well-versed celebrity enthusiasts.

Although Tjukanov shared he doesn’t intend to improve or update the map as time goes on, he noted he’s been receiving plenty of suggestions regardless.

He shared some people pointed out “issues” that “I’d like to fix” but alongside his full-time job he admitted he just doesn’t “have the time” to do much more to the graphic.

Tjukanov is also the brain behind viral sensation 30DayMapChallenge which encourages the “spatial community” to create a map every day for a month based on different themes.