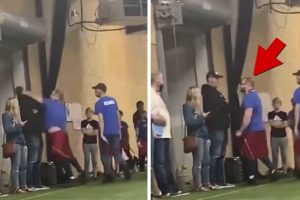 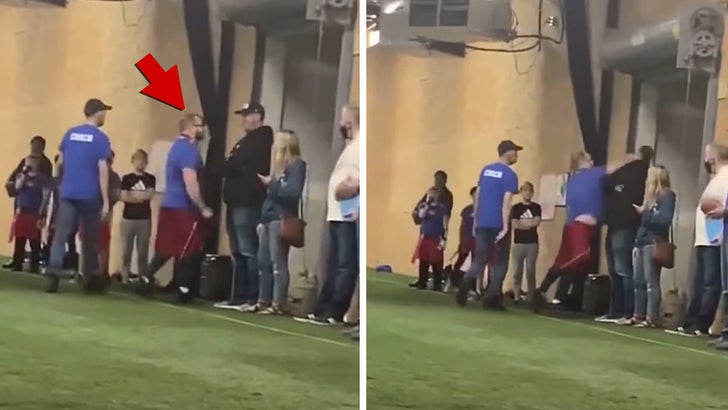 This is incredibly disturbing …

A flag football coach in Michigan punched a parent in the face during a meltdown at a game over the weekend — igniting a police investigation.

Officials confirm the incident took place Saturday at the Midwest Performance Academy in Niles, MI … in front of a bunch of young kids.

Unclear what set off the coach … but you can see in the video he appeared to be arguing with a parent or coach from the other team and as he storms off the field, he stops to square up with a parent on the sideline.

The parent did NOT impose any sort of physical threat — but the coach apparently didn’t like his body language and sucker-punched him in the face, sending the dad crashing to the floor.

Chaos ensues … you can hear kids crying and other parents screaming in shock.

At one point, other adults attempt to subdue to the coach.

So far, the name of the coach has not been released — but WNDU’s Ibrahim Samra reports the victim has reached out to the Niles Police Dept. and an investigation is underway.

Samra reports officials will likely file criminal charges against the coach once he has been positively identified.