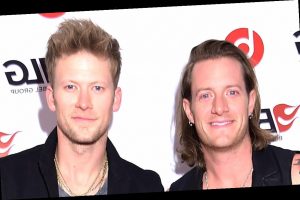 “I unfollowed BK for a few days while we were through this political, you know, in the middle of this election and everything going on. And, and I even called him and told him, I said, ‘Hey buddy, I love you. And I love you a lot more in real life than on your stories right now. So I’m just going to, so that’s why I’m unfollowing you. Nothing personal. I still love you. You’re still my brother.’ I just didn’t want to see it every time I opened Instagram. And so it wasn’t a big deal. Like, like we, like we said, we’re, we’re on great terms. We’re feeling stronger than ever. We’re loving and supporting each other through even all the chapters that we’re in now and, uh, excited for the future,” Tyler said on SiriusXM’s Exit 209 with Storme Warren. If you don’t know, Brian appears to be a Donald Trump supporter, while Tyler appears to be democratic.

Tyler then added, “We have been on a 10 year relationship, a 10 year partnership, a 10 year commitment to each other. And yes, there have been hard times. It’s not all, it’s not all sugar coated. And so the truth is, and I think this is important to talk about me and BK have done work. We’ve went to therapy, we’ve sat with each other and wanting to kill each other at times. But by the end of it, we were hugging it out. You know what I mean? Because we’re brothers and that’s what brothers do. And, and brothers don’t always get along. So we’ve had, we’ve had moments where we, you know, where we want to kill each other, but a lot of it’s out of love. And so we, we, uh, we put that first and foremost and we know the importance of our relationship and how much, you know, how much love we have for each other. So we have worked over the years, we’ve worked to become stronger and stronger and stronger, and that’s even through the hard times, it’s made us stronger as friends and brothers and partners. So we’re really thankful for it.”