Home » Celebrities » Gabby Douglas: How Much Is The Olympian Worth?

Gabby Douglas: How Much Is The Olympian Worth? 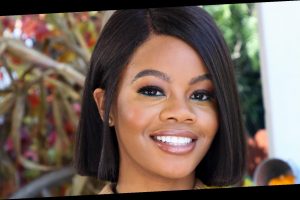 Gabby Douglas has cemented her place as one of the most successful gymnasts of all time. At just 16 years old, she became the first African American in Olympic history to win the individual all-around event at the 2012 Summer Games in London. She and her teammates Kyla Ross, McKayla Maroney, Aly Raisman, and Jordyn Wieber also took home a gold medal — the first for the U.S. women’s gymnastics team since 1996.

Four years later, Douglas returned to the Olympics in Rio where she helped her team win another gold medal after her incredible performance on the uneven bars. The young star’s success was followed by million-dollar endorsement deals, a few published books, and even her very own Barbie “Shero” doll, which was modeled after her. Needless to say, Douglas is a well-respected athlete with a bright future still ahead of her. Keep scrolling to find out how much Douglas has made off of her Olympic fame.

Gabby Douglas is worth an estimated $4 million, according to Celebrity Net Worth, with most of her earnings coming from her successful career as a gymnast. In 2018, CNBC reported that U.S. Olympians earned “$37,500 for each gold medal they win, $22,500 for each silver, and $15,000 for each bronze” at the 2018 Winter Olympics, which represented a fairly large increase from the 2012 and 2016 games that made Douglas a star.

Though that may not seem like much — considering how much other professional athletes make — Douglas’ Olympic gold medals likely made her millions in endorsement deals. Following her wins in 2012 and 2016, she’s had deals with brands like Kellogg’s, Nike, Capri Sun, CoverGirl, and Gillette Venus. On top of all that, Douglas has two books under her belt: She released her autobiography Grace, Gold, and Glory: My Leap of Faith in 2012, which landed on The New York Times Young Adult Bestseller List, and a second book called Raising the Bar in 2013. Additionally, she also starred in her very own reality show called Douglas Family Gold on the Oxygen channel in May 2016 and performed her own stunts in the 2014 Lifetime television movie, The Gabby Douglas Story, which was inspired by her life. Gabby Douglas earned a few medals and then used them to earn a whole lot more.