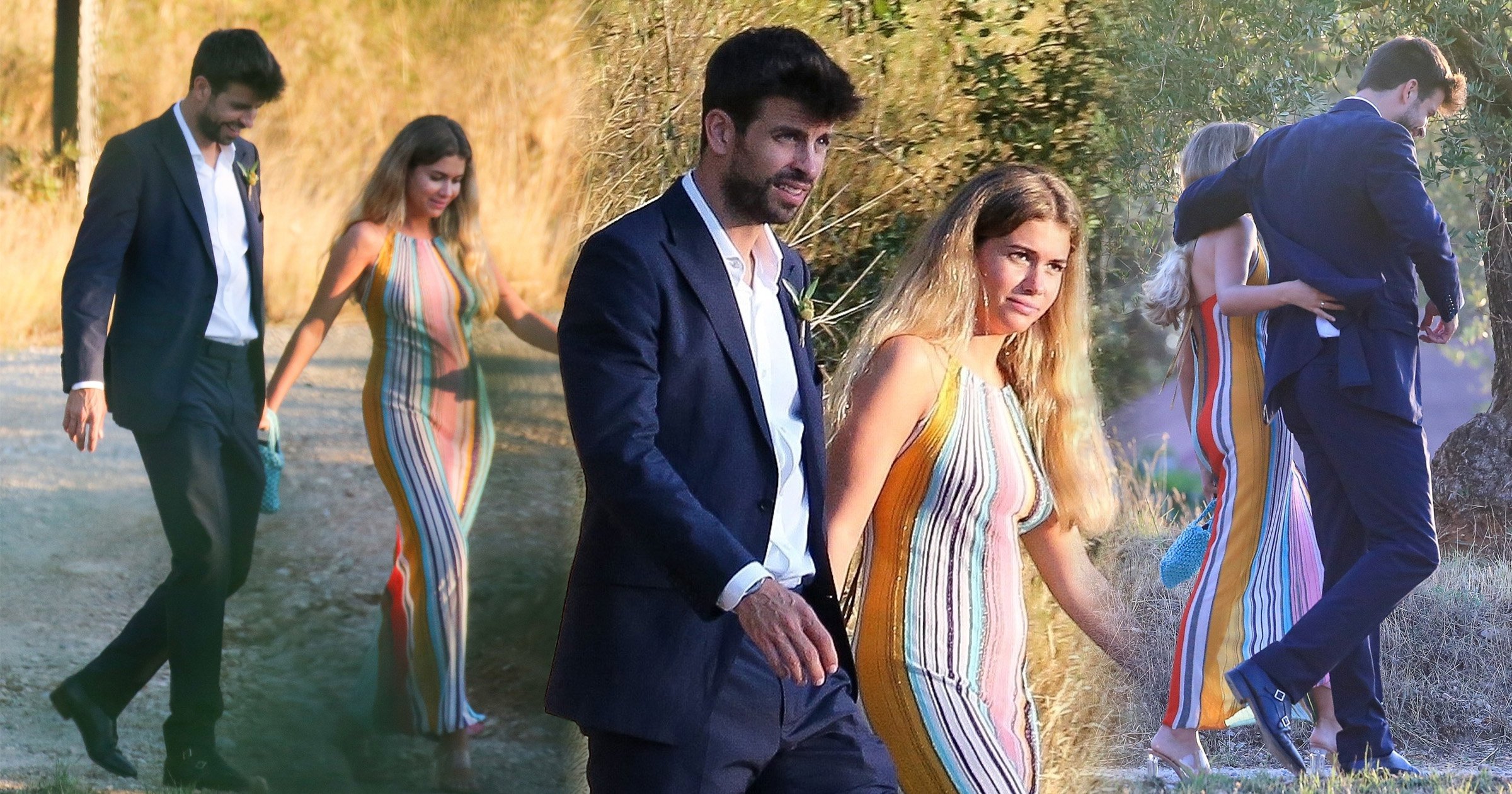 Gerard Piqué and his new girlfriend Clara Chia Marti have been described as ‘awkward’ as they were spotted attending a wedding together.

The new couple seemed to only have eyes for each other as they attended the nuptials on the Costa Brava in Catalonia, Spain, last week, with Gerard wrapping his arm around PR student Clara.

Clara, 23, looked stunning in a multi-coloured halter-dress, as Gerard, 35, suited up for the occasion.

They were seen chatting and laughing away, as well as holding hands as they enjoyed the romantic day together.

However, assessing the photos, body language expert Judi James told Metro.co.uk: ‘There is a lack of synchronicity in this couple’s body language and a distinct sense of awkwardness from Pique in particular, suggesting some embarrassment.

‘His right hand performs a truncated ritual as he holds it near his pocket and when he clasps Clara’s hand there are a couple of times that he seems to hold her hand despite the fact that she is already holding her bag in it.

‘When she puts an arm around his waist it flips up the vents of his jacket and overall they lack the kind of smoothness and synchronicity of movement that you normally expect from a couple in love who have been dating for a while.’

She added: ‘There are also some suggestions of the kind of bashful expressions that are common in a guy who is keen on his girlfriend though and its obvious that Clara can bring out a playful smile and response from Pique when she performs some playful, teasing and flirting displays to make him laugh.

‘Her body language suggests she is the more confident of the two of them and the happier with the camera attention. Pique looks less comfortable posing for the cameras and marginally more relaxed when he is walking with his male friends.’

Clara, a PR student, works for Gerard’s sports and media investment group Kosmos. The pair are said to have met while working on an event together.

Shakira and Gerard announced in June that they had gone their separate ways after 11 years and two children together.

After meeting in 2010 as the singer filmed the music video for Waka Waka, the pair fell in love and had sons Milan, nine, and seven-year-old Sasha.

However they issued a joint statement in June confirming they had ended their relationship, stating that their children remained their ‘highest priority.’

In August, reports of Gerard’s relationship with Clara emerged, with a source telling The Sun: ‘Gerard and Clara have been seeing each other for months.

‘She is a student who also works for him in his office, organising events.’

They went on to say that the footballer and student 12 years his junior have been ‘keeping quiet about their relationship but those around them all know what is happening.’

Grammy-winner Shakira has not spoken publicly about the split apart from the joint statement the pair issued in June, but is reported to be considering a move to Florida with her two sons.

It was also claimed that the singer is ‘very angry at seeing the father of her children with his girlfriend in public’, as they allegedly had a pact between them.

The pair are said to have made a deal to not appear in public with their new love interests in the first year of the breakup.

However, Gerard and Clara seemed loved up when they first appeared together in public this summer in a video taken by Spanish media outlet Socialite at the Summerfest Cerdanya festival in Catalonia.

Metro.co.uk has contacted reps for Gerard Piqué and Shakira for comment.