Gina Rinehart ranks as the richest Australian ever, owns vast swathes of the continent, directly and indirectly employs tens of thousands of her fellow countrymen, has homes around the globe, travels in an $80 million private jet, is instantly recognisable across the land, has been the subject of a television mini-series and several bestsellers as well as having the ear of the Prime Minister. 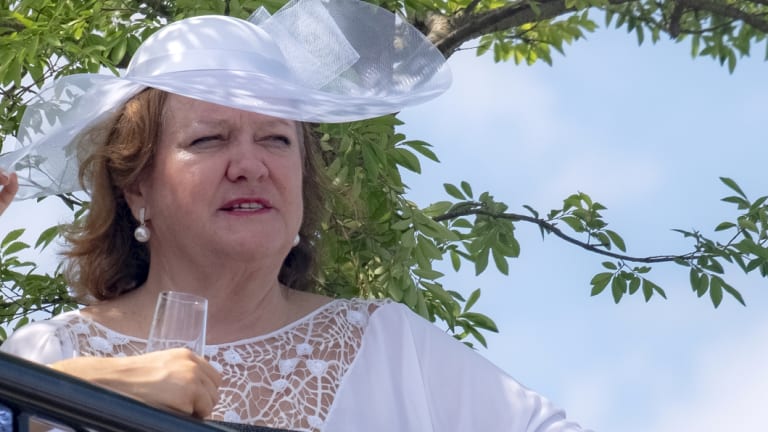 Just don't ever call her an "heiress".

I innocently made this incursion recently, only to be swiftly dealt with by Rinehart's team of "communications specialists", one of whom wrote to inform me she was hardly of the ilk of Paris Hilton.

Rinehart was disputing the term "heiress": "When Lang Hancock passed away his estate was bankrupt, which is publicly available information.

"In addition, Hancock Prospecting which he'd largely sold out of was in an extremely bad financial situation at time of his death in March 1992 with the few remaining assets under threat of litigation or heavily mortgaged. Tenements to Roy Hill were not in the company when Lang was alive – these were acquired after his death." 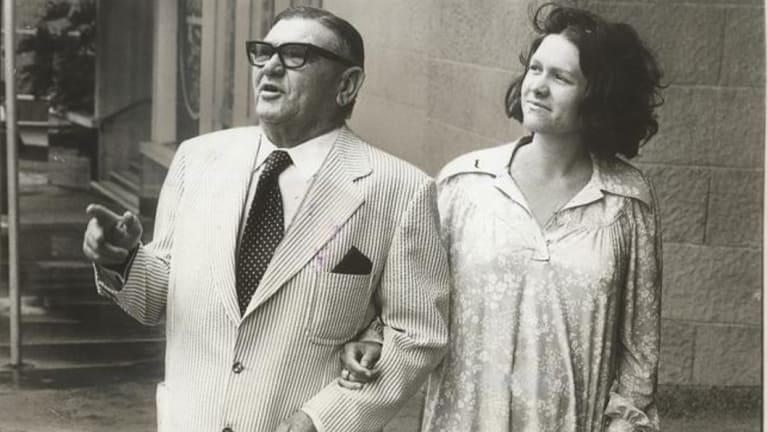 I returned serve by pointing out that for years it had been reported that Hancock Prospecting was worth about $75 million at the time of her father's death, which included the old Rio Tinto royalties, reportedly worth roughly $12 million a year.

Today, Rinehart, at $22 billion-plus, is worth about 300 times that amount. No one disputes that she has clearly eclipsed her father in business success.

But Gina wasn't having a bar of it. Her minions responded that the term heiress is a "negative slur" and that her father "left a bankrupt estate, which is public knowledge, hence impossible for Mrs Rinehart to inherit, and hence your mention of 'heiress' is incorrect.

"It is unfortunate men like to think a female can’t be successful, must have inherited, however Mrs Rinehart worked exceptionally hard, dedicating her adult life to the company group, and has made the company very successful, and is looked up to as an Australian role model by many women and young people."

Those who know Rinehart personally say she feels "completely misunderstood" by the Australian media. Given the public airing of her family laundry over many decades in various courts, she has long harboured a deep suspicion of journalists.

However, she continues to give us plenty of fodder to ponder, such as the advice she offered last week to women who want to get ahead in their careers.

"If you want to go further up the ladder, what you should be doing is working through lunches, working later, be willing to work later. Willing to, even on holidays or public holidays, be available to do something," she was quoted as saying in the Murdoch press, adding that she did not believe in gender quotas.

Rinehart's comments landed like a lead balloon, just as similar musings did in 2012. That was the same year she was declared the "richest woman in the world", only to pen a column in which she advised those jealous of the wealthy to "spend less time drinking or smoking and socialising, and more time working".

She helpfully added there was "no monopoly" on becoming a millionaire.

For many years Rinehart has had a mixed relationship with the media: at one time she was a significant player as a major shareholder in the Ten Network and the majority shareholder of Fairfax Media, former publisher of The Sydney Morning Herald.

Her days as a media proprietor were certainly tumultuous ones, not least because she refused to sign the charter of editorial independence that underpinned the independent journalism Fairfax Media long prided itself on. The Herald continues to document her business and family news regardless.

Eventually Rinehart bailed out of media ownership to focus on her areas of expertise, mining and farming, working tirelessly to expand her seemingly endless empire.

And so, while not everyone may agree with her advice, no one can accuse her of not heeding it.