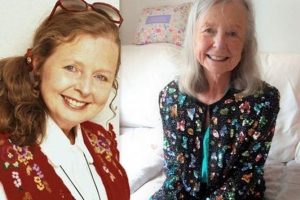 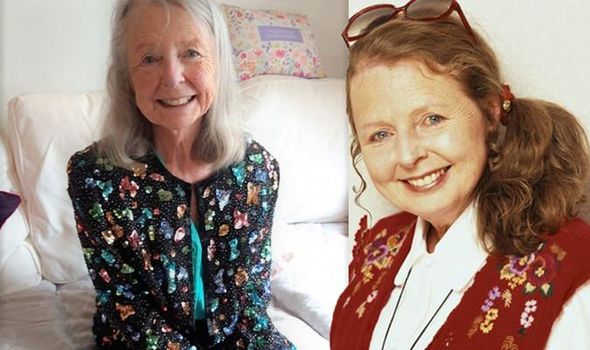 Gwyneth Guthrie has died at the age of 84, her family has confirmed. The star of soap Take The High Road, known for her role as Mrs Mack, died yesterday.

The soap ran for 23 years from 1980 on Scottish Television and last year episodes started being uploaded to the STV Player.

Her family said: “It is with a heavy heart we announce the passing of our amazing mum, Gwyneth Guthrie.

“She passed peacefully on Tuesday, November 9, at home and surrounded by her loving family.

“She will be playing to her next audience in heaven.”

Take The High Road was set in the fictional village of Glendarroch but filmed in Luss on the banks of Loch Lomond.

Bobby Hain, managing director of broadcast at STV, paid tribute to the actress.

He said: “We at STV are so saddened to hear the news about Gwyneth Guthrie.

“For 20 years, Gwyneth played the iconic character of Mrs Mack in Take The High Road, bringing her own wonderful comic timing and dramatic flair which made her beloved across the UK.

“Our thoughts and sympathies are with her family at this sad time.”

Gwyneth was born in Ayrshire in 1937 and pursued her passion for acting at the Royal Scottish Academy of Music and Drama in Glasgow.

Her sad passing comes just one year after Take The High Road was revived by STV and put out on its streaming service to coincide with the show’s 40th anniversary.

Speaking about her career in an interview last year, Gwyneth said: “I’ve never watched myself because I know myself and I just thought that’s not for me.

“It’s an honour that it’s back on. It’s lovely that people enjoy it so much.

“I’m so pleased, it means it’s got a longer life than I realised and does our country no harm.”

A fixture of the telly favourite for two decades, she was one of soap’s most formidable and memorable characters.

Even The Queen was a fan. Gywneth previously told us how she was summoned back from a holiday for an audience with Her Majesty at STV’s studios in 2001.

She said at the time: “I was away on summer holiday when I was told that The Queen had personally requested to meet me.

“She was touring STV studios and told me her mother spent more time in Scotland than she did and that she always watched High Road.

“The Queen also told me that they would watch it together.”