Home » Celebrities » Hailey Bieber Speaks Out About Her Medical Emergency, Explains What Happened

Hailey Bieber Speaks Out About Her Medical Emergency, Explains What Happened 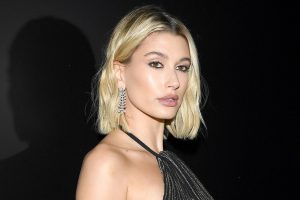 Hailey Bieber is speaking out to explain what happened during her medical emergency this week.

The 25-year-old model confirmed that she was hospitalized on Thursday (March 10) and revealed what actually happened to her brain. It all started during breakfast that morning with husband Justin Bieber.

Hailey was hospitalized in Palm Springs, Calif. and the couple was likely vacationing there following his two tour dates in Los Angeles this week.

“On Thursday morning, I was sitting at breakfast with my husband when I started having stroke like symptoms and was taken to the hospital,” Hailey wrote in a message on her Instagram Stories.

She continued, “They found I had suffered a very small blood clot to my brain, which caused a small lack of oxygen, but my body had passed it on its own and I recovered completely within a few hours. Although this was definitely one of the scariest moments I’ve ever been through, I’m home now and doing well, and I’m so grateful and thankful to all the amazing doctors and nurses who took care of me! Thank you to everyone who has reached out with well wishes and concern, and for all the support and love.”