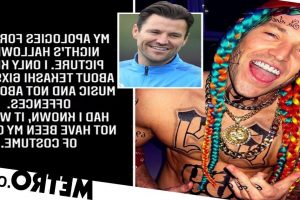 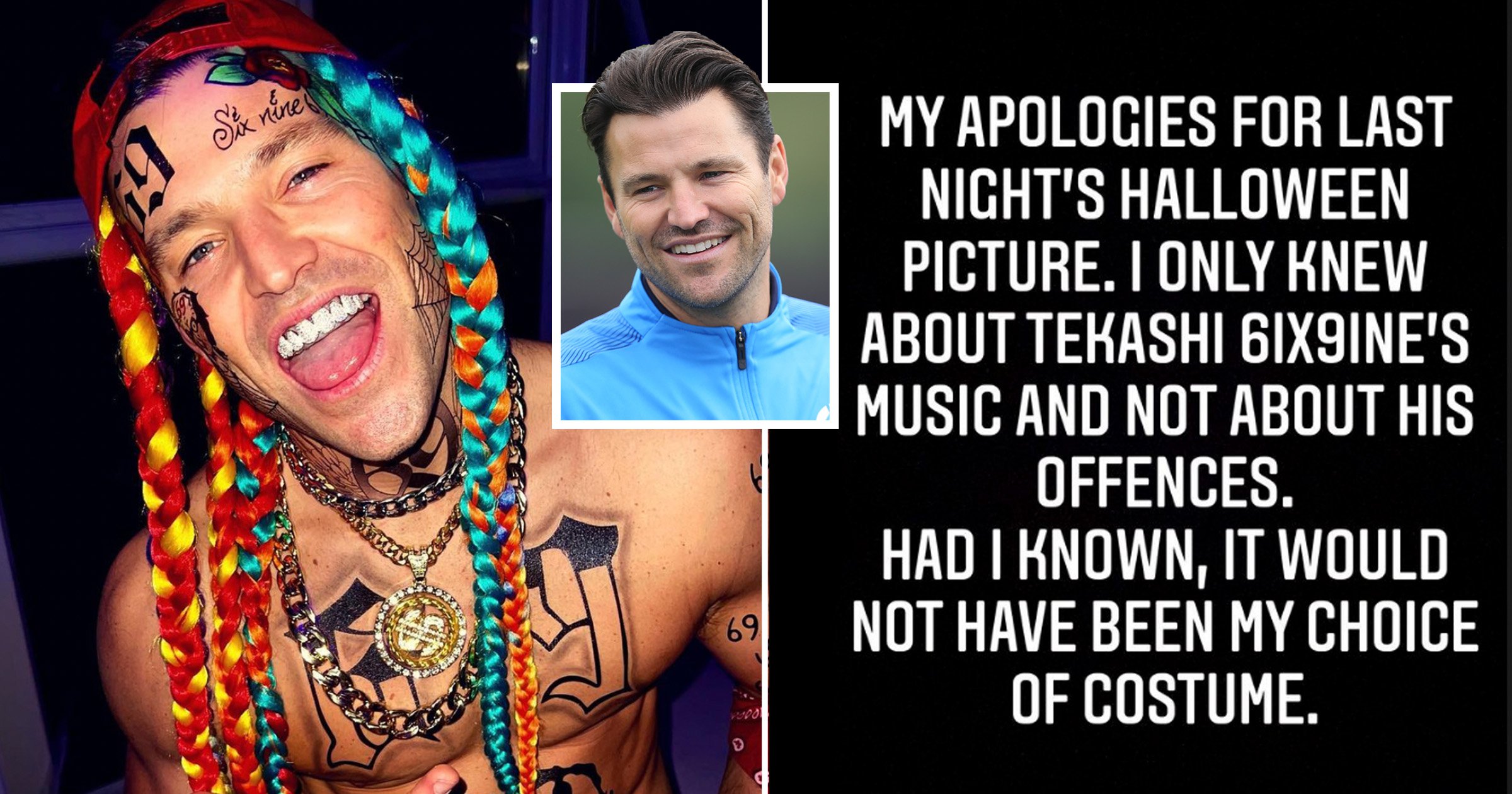 Mark Wright has issued an apology over his Halloween costume, after coming under fire for the look.

The Towie star sparked backlash when he dressed as rapper Tekashi 6ix9ine, who has been convicted of a child sex crime.

The 34-year-old unveiled his outfit on social media and could be seen posing with the musician’s trademark tattoos and colourful hair.

However, he has now apologised after fans took aim at the look and called him out on social media.

In a statement shared with Metro.co.uk – and also shared on his Instagram story – the presenter said: ‘My apologies for last night’s Halloween picture. I only knew about Tekashi69’s music and not about his offences.

‘Had I known, it would not have been my choice of costume.’

Mark caused outrage when he shared a glimpse at his costume on Instagram on Saturday, beside the caption: ‘Happy Halloween @6ix9ine.’

‘@MarkWright_ turning his comments off on Instagram because he’s knows going as a 69 for Halloween is just wrong [sic],’ a follower wrote.

‘Feel like this is a massive own goal by Mark Wright,’ one agreed.

6ix9ine, real name Daniel Hernandez, pleased guilty to a felony count of the use of a child in a sexual performance in 2015, after he posted three explicit videos involving a 13-year-old girl online.

Hernandez, who was 18 at the time of the crime, was sentenced to four years probation and 1,000 hours of community service as part of a plea deal.