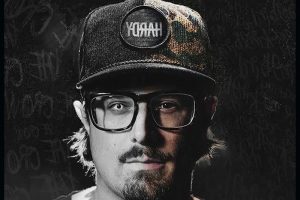 HARDY has announced that his sophomore album, The Mockingbird & the Crow, is due for release on January 20.

Announcing the upcoming project, HARDY said, “‘The Mockingbird & the Crow’ is, in my opinion, the best thing I’ve made so far. I had a lot of time to get in the weeds making this record with some of my favorite people in Nashville, and it truly captures every part of who I am as an artist. I’m honored that I get to share it with you next year; can’t wait to hear what you think about it.”

In addition to a few songs he already shared, HARDY recently released three more — “Truck Bed,” “Here Lies Country Music” and the title track – which means only two more tracks remain to see the light from the 17-track album.

All the songs have a touch of HARDY in their lyrics. He also lent a hand to its production.

The much-awaited collection of songs is brought to the fans by Big Loud Records.