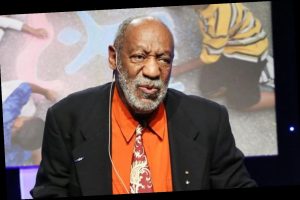 The lawyers representing the disgraced comedian are presenting their arguments to the judges at the Pennsylvania high court in an attempt to overturn his sex assault conviction.

The disgraced comedian is currently serving a three to 10-year prison sentence after he was found guilty in 2018 of drugging and sexually assaulting Temple University staff member Andrea Constand in 2004.

Cosby, who has faced sexual misconduct accusations from more than 50 other women in recent years, has always maintained the encounter was consensual, and although the verdict was previously upheld by lower court officials, justices at the state’s highest court agreed to hear the case on Tuesday (01Dec20).

During the virtual hearing, Cosby’s lawyer, Jennifer Bonjean, argued the actor wasn’t given a fair trial due to “unquantifiable prejudice” at the hands of prosecutors, who should never have been allowed to introduce five other accusers to the witness stand to deliver unrelated, “decades-old” testimony about their own alleged assaults, which authorities claimed proved there was a pattern of predatory behaviour.

“The sexual acts were different. The nature of intoxicants was different,” she declared.

Bonjean also insisted comments made by Cosby to authorities in 2005 and 2006, about using powerful sedatives on women he wanted to have sex with, were only given as part of a deposition which a prior district attorney had promised would not result in criminal charges.

“He had to testify in order to not be prosecuted,” she explained.

Pennsylvania Supreme Court Justice Max Baer showed some support for Bonjean as he listened to her arguments, admitting, “I tend to agree this evidence was extraordinarily prejudicial to your client, but there’s a trial court discretion component here.”

His comment referred to trial Judge Steven O’Neill’s decision to allow the five accusers’ testimonies because it showed Cosby had a “signature” pattern of sexual assault.

Meanwhile, legal representatives for the prosecutors insisted the conviction should stand as it has already been upheld by the Pennsylvania Superior Court, where appeals are typically handled, reports the New York Post.

A decision is expected to be delivered by the Supreme Court judges at a later date.

END_OF_DOCUMENT_TOKEN_TO_BE_REPLACED

END_OF_DOCUMENT_TOKEN_TO_BE_REPLACED
We and our partners use cookies on this site to improve our service, perform analytics, personalize advertising, measure advertising performance, and remember website preferences.Ok