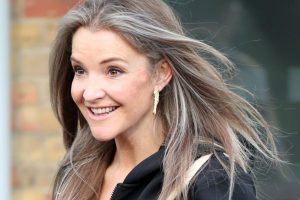 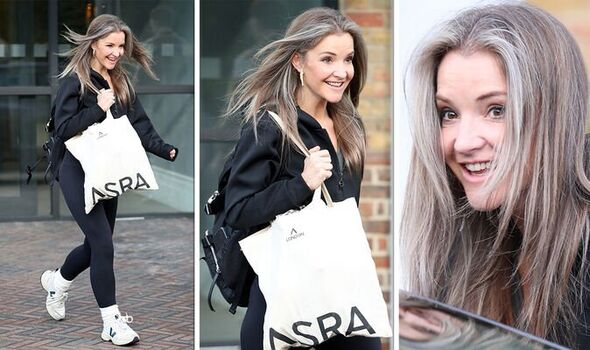 Helen Skelton, 39, was spotted in London on October 21, shortly before going into Strictly Come Dancing rehearsals.

Helen Skelton, 39, was spotted in London on October 21, shortly before going into Strictly Come Dancing rehearsals.  She stepped out in an all-black sporty attire suited for her dancing with professional partner Gorka Marquez.

The TV host has been notoriously optimistic despite recent turmoil in her private life saying the “glass is half full” in an interview with The Telegraph earlier this month.

Between her growing fame, and the gripping Strictly competition tightening, Helen claimed she doesn’t quite have time in her life right now to consider her next romantic relationship, nor does she want it.

She told the outlet: “I’m not going to worry about the one thing I haven’t got.”

On the latest episode of Strictly, Helen’s dance partner advised her that she needs to start believing herself, in an emotional speech noting: “I know you’ve been made to feel like you’re not beautiful, or good enough, or anything but if you don’t believe in yourself, I believe in you.”

The Countryfile presenter was all smiles as she headed to rehearsals

Helen has been notoriously optimistic following her split from Richie earlier this year.

Helen was spotted leaving a hotel

The television host was spotted leaving a hotel, dressed in all-black with white sneakers and statement gold earrings.

Helen and her estranged husband Richie Myler split this year

The Countryfile presenter and rugby player split after eight years of marriage.

The Strictly contestant is keeping busy

She claimed there is not much room in her life right now for a partner, especially as the Strictly Come Dancing competition gets more and more intense.

She told The Telegraph: “People keep saying, ‘you’ll find someone wonderful! And I’m like, ‘I’ve got three wonderful beings,” referring to her children.