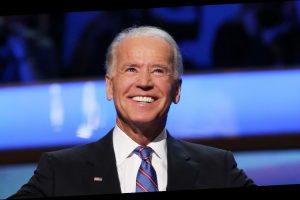 With Joe Biden winning the 2020 presidential election, there will be a first dog (actually two) in the White House again! Unbelievably, Donald Trump was the first president not to have a dog in over 100 years, Snopes confirmed. So why was there no FDOTUS (First Dog of the United States) during the Trump administration? According to Trump’s ex-wife, Ivana Trump’s memoir (per Newsweek), “Donald was not a dog fan.” Ivana had a poodle named Chappy who would “bark at him territorially.”

According to the American Kennel Club, the first U.S. president, George Washington, had more than 20 dogs. Washington is recognized as the creator of the American Foxhound breed, made by crossbreeding his Black and Tan Coonhounds with French Hounds. One of the most famous dogs in the White House was Barack Obama’s Portuguese Water Dog, Bo, who the family chose because the breed is hypoallergenic, and daughter Malia was allergic to dogs, per The Washington Post. A second dog, Sunny, joined the Obamas in the White House in 2013. Like the Obamas, Joe Biden has two dogs of his own, and one of them is set to make history.

Major will be the first rescue dog in the White House

Joe Biden and wife Jill Biden are dog lovers and have two four-legged friends, Champ and Major. The German Shepherds will be making their move into the White House in January 2021, and Major will be making history. According to TMZ, Major will be the first rescue dog to become FDOTUS. Champ has been with the Bidens since 2008, and the Bidens fostered Major and then adopted him from the Delaware Humane Society in 2018.

Champ was a gift from Joe to Jill after the 2008 election, per HuffPost. The two pooches make occasional appearances on the future first family’s social media accounts, with both Major and Champ making a joint appearance on Jill Biden’s Twitter account on National Dog Day with a photo captioned, “Build Bark Better. Happy National Dog Day.”

They also popped up in an adorable video posted to Joe’s Instagram account just before the Nov. 3, 2020 election, which featured a compilation of videos of dogs wearing Biden/Harris 2020 outfits. The post featured a lede photo with Joe Biden, Jill, Major, and Champ that was captioned, “Let’s Put a Dog Back in the White House.” Joe Biden’s statement has come true.