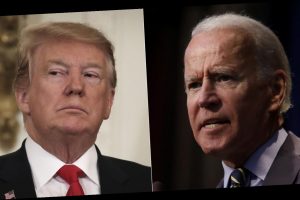 The 2020 presidential election results made it pretty clear that Joe Biden was the winner, with Biden having a significant lead in electoral votes over Donald Trump. However, the president has refused to concede the election, and his re-election team is using every tactic they can to try and contest the results. According to a USA Today report from mid-November, Trump’s team has filed 18 lawsuits in five states, along with one pending case in Wisconsin. Of those 18 lawsuits, 10 have either been upheld, dismissed, denied, or dropped. So things aren’t looking very promising for Trump on the lawsuit front.

Trump has also requested a ballot recount by hand in Georgia. On Nov. 18, 2020, the Milwaukee Journal Sentinel reported that the Trump campaign paid the state $3 million and filed a petition for a partial recount. In both of those states, Biden has a lead of approximately 20,000 votes. Vote recounts typically may alter the results by a few hundred votes. Even Ted Olson — who led George W. Bush’s efforts at the Supreme Court in the 2000 Bush and Al Gore Florida recount efforts — said at a Federalist Society event (via Bloomberg), “I do believe the election is over. We do have a new president.”

Given Trump’s aversion in admitting that he’s lost the 2020 presidential election, what does Biden have to say about the current president’s refusal to concede? Keep reading to find out.

According to Joe Biden himself, if Donald Trump does end up refusing to concede his 2020 presidential loss to President-elect Biden, it could have devastating consequences for the country. However, he initially was more lenient about it. As the Boston.com reported on Nov. 10, 2020, Biden previously said Trump’s refusal to accept the outcome was “inconsequential.” He added, “I just think it’s an embarrassment, quite frankly,” while predicting Republicans on Capitol Hill would eventually accept his victory. “It will not help the president’s legacy.”

Another factor making things difficult for Biden is that the current administration typically helps in the transition of the forthcoming president’s administration. Per Politico, the Trump administration is actively blocking Biden’s team from gaining access to the resources needed for a smooth transition, especially in the middle of the coronavirus pandemic.

Of Trump’s resistance to transfer power to Biden, the president-elect matter-of-factly stated on Nov. 16, 2020 during a speech in Wilmington, Del., “More people may die if we don’t coordinate,” per People. “And so it’s important that it be done — that there be coordination now. Now, or as rapidly as we can get that done.” With promises of a forthcoming vaccine, Biden went on to say, “The sooner we have access to the administration’s distribution plan, the sooner this transition would be smoothly moved forward.”