Here's What Podcast Listeners Are Tuning Into During the Pandemic 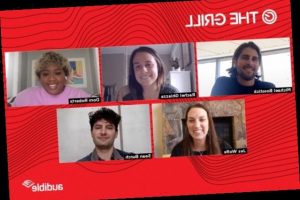 TheGrill 2020: Industry experts from Audible, Dear Media and Rebel Girls say audiences continue to engage with podcasts despite an initial shift in March

After experiencing a slight downturn at the beginning of the pandemic, podcast listenership is back on the rise and industry executives say the demand for children’s and family programming, in addition to news and information content, has long since rebounded.

Each panelist on TheGrill’s Thursday Power of Podcasting panel said their company noted a shift in March at the beginning of the pandemic in the way people listen to podcasts, but that demand for the audio remained relatively stable — and in some categories, increased.

“We’ve seen a pop in family and kids listening. It’s a way to be together as a family and consume something new,” said Rachel Ghiazza, head of U.S. content at Audible (the panel’s presenting sponsor).

Jes Wolfe, chief executive of female-focused entertainment company Rebel Girls, said her company’s seen a 10% spike in listenership in its kids and family podcast categories. “Our use case has changed — people used to be listen in the car with their kids on the way to or from school — it’s now become a screen-free (entertainment) alternative, if you don’t want your kids watching video all the time.”

“There’s a huge potential to have more content geared towards young listeners, especially young girls, and it’s a wide open market right now,” Wolfe said, adding, “podcasts are a way to give a free snackable content for kids.” Rebel Girls keeps all its episodes around 20 minutes long at the maximum, right in the sweet spot where they can inform young listeners without losing their ever-shortening attention span.

News and educational podcasts for adult listeners is another rapidly growing podcast category during the pandemic, followed closely by social justice-oriented content like “The Uncomfortable Podcast,” hosted by creative activist Dom Roberts.

“We’ve also seen spikes in people wanting to be more informed — we’ve seen a pickup in informative content, and then also escapism, like the thriller and sci-fi (genres),” Ghiazza said.

Roberts told TheWrap she views her podcast as a way for society to address topics that are often less discussed in mainstream media, and also a way to facilitate different discussions about social issues, including race relations.

“The conversations that go untouched is what I aim for” in producing “The Uncomfortable Podcast,” Roberts said. “A lot of people are leaning in and looking for ways to be actively involved and for resources. So many people are leaning in with a heightened engagement for perspective and educational purpose… despite all the bad that’s happened with how much the world has changed, one of the positive things is that people are actually starting to try and learn and understand” different stories.

Panelist Michael Bosstick is chief executive and co-founder of female-focused podcast network Dear Media, which runs a stable of 45 shows including its breakout hit, “Skinny Confidential,” which Bosstick hosts with his wife Lauren Evarts Bosstick.

Bosstick said he has no doubts the podcast medium will continue to grow, because its ad market has remained relatively solid during the pandemic. The International Advertising Bureau’s June study on podcast advertising revenue estimates that the industry will see an overall revenue uptick of roughly 15% once the year concludes, revised from it’s pre-COVID forecast of 29.6% growth.

Bosstick said that as long as the barrier to entry in podcasting remains low and more creators continue making hits, the industry will only expand. “This really is a fast medium for people who want to get into it, Bosstick said. “Anyone with a drive and a little perspective can jump into this; the barrier to entry is wide open. The question is, can you carry a show going forward beyond those first 25 episodes.”

For over a decade, TheWrap’s Grill event series has led conversations on the convergence between entertainment, media and technology, bringing together newsmakers to debate the challenges and opportunities facing content in the digital age.

This’s year’s event is a digital-first experience that focuses on the future of theatrical, streaming revolution, building inclusion from within and the growth in podcasting and gaming. Attendees will have access to keynotes, panel conversations, roundtable discussions and virtual networking.

Watch the full panel above.