Here’s When Alex Trebek’s Final Episode of ‘Jeopardy!’ Will Air 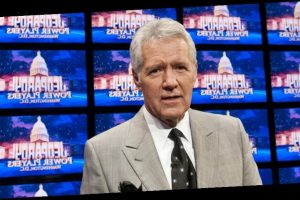 Alex Trebek‘s final episode as host of Jeopardy! has just been revealed.

The longtime host of the quiz show filmed a handful of episodes ahead of his sad passing this weekend and his final episode will air on Christmas Day, December 25.

Jeopardy! normally films five episodes per day, however, that was all dependent on Alex‘s health. His final day in the studio was just a few weeks ago on October 29.

Previously, Alex had clarified comments he had written about his cancer treatment in his memoir, “The Answer Is…Reflections on My Life.”

Alex passed away in his sleep over the weekend due to complications from Stage IV pancreatic cancer.

Sony Pictures Television, via People, do not have plans in place after Christmas Day as of right now.

If you didn’t see, Pat Sajak and Vanna White both wrote tributes to Alex. Read them here…