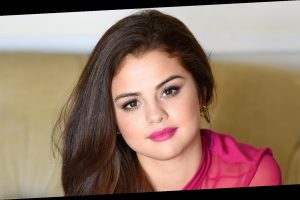 Selena Gomez‘s fans are not happy right now and it all has to do with the new Saved By the Bell reboot on the Peacock streaming service.

Fans got “RESPECT SELENA GOMEZ” to trend on Twitter to express their outrage when they discovered that the singer’s health is mocked multiple times on the show.

For those that don’t know, the 28-year-old entertainer has been open with her health struggles over the years, including her battle with lupus and the kidney transplant she received in 2018.

In one scene of Saved By the Bell, two students are seen arguing over whose kidney Selena received. We know that the kidney was given to her by friend Francia Raisa, though the students think otherwise.

“I know for a fact that Selena Gomez‘s kidney donor was Justin Bieber‘s mom. God, I wish that I had my phone so that I could prove it,” one student says. The other student replies, “Prove what? That you’re an idiot? It was Demi Lovato‘s kidney. They’re best friends, like you and I were.”

In another scene, the words “Does Selena Gomez even have a kidney” can be seen written on the walls of the locker room.

Fans are calling for these scenes to be removed from Saved By the Bell. Read reactions below.

a tv show called "saved by the bell" has "does selena gomez even have a kidney?" written on the wall. this is so disgusting and unnecessary. selena doesn't deserve this.

The "Saved By The Bell" series (2020) has several jokes about Selena Gomez's kidney transplant in one episode, even things like" Does Selena Gomez have kidneys? " written on the walls.⁣
⁣@peacockTV 😑😒🚮 produce something educational not trash 👊👊⁣

not only did that reboot of saved by the bell make jokes about Selena’s lupus experience and kidney transplant, they made digs at an old relationship and friendship that were both left on bad terms after she’s worked hard to move on from them.. that’s fucked up

It’s the way selena gomez almost died when getting a kidney transplant and too many people joke about it doesn’t sit right with me. wether you like her or not pls have some respect.

selena's surgery lasted 9 hours due to complications, she broke an artery and they had to use a vein from her leg to build a new one to keep the kidney in place, she almost lost her life and people to this day still want to use this as a joke?

I don't fucking care if it's a relevant tv show or a flopped one, making fun of someone else's health and someone's struggle will NEVER be okay! What fucked up people would think this is funny in any way? This is absolutely disgusting & horrendous behavior!

I just saw this and I am deeply hurt by how insensitive people can be to whole heartedly WRITE and DISPLAY such things about someone who is dealing with something that incurable and Selena has to fight with it her entire life. I am SO disappointed.

RESPECT SELENA GOMEZ has been trending online after the #SavedByTheBell reboot poked fun at her kidney transplant in two different scenes, one featuring graffiti on the wall and the other featuring speculation about her kidney donor. pic.twitter.com/KvEQqX8fzJ

Creators of Saved by the Bell NEED to apologise… Period!! 😑😑

I heard what that Saved By the Bell reboot did, and I am disgusted.
This is exactly why I hate various kinds of "humor" because they are either disrespectful, gross, or immature.
RESPECT SELENA GOMEZ!

END_OF_DOCUMENT_TOKEN_TO_BE_REPLACED

END_OF_DOCUMENT_TOKEN_TO_BE_REPLACED
We and our partners use cookies on this site to improve our service, perform analytics, personalize advertising, measure advertising performance, and remember website preferences.Ok