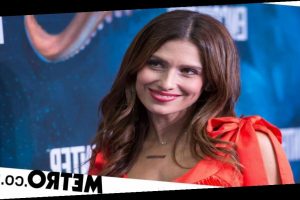 Hilaria Baldwin has blamed being unable to think of the English word for cucumber on a ‘brain fart’ as she denied pretending to be Spanish.

The 36-year-old has been the main character on Twitter this week, following a viral Twitter thread about Hilaria’s ‘decade long grift where she impersonates a Spanish person’.

The thread, from a woman using the handle @lenibriscoe, stated that Hilaria’s given name was Hillary, that she has switched between American and Spanish accents throughout her career, and had a talent agency bio that said she was born in Mallorca, Spain – when in fact, she was born in Boston, Massachusetts.

One of the standout pieces of alleged ‘evidence’ was a clip of Hilaria on the Today Show in 2015 making gazpacho, and saying: ‘We have tomatoes, we have.. how do you say in Eng- cucumbers.’

Speaking to the New York Times, Hilaria – who is married to Alec Baldwin – said she got confused about the word cucumber because she was nervous about being on live television, and said it was a ‘brain fart’.

The mother-of-five also explained her fluctuating accent, saying she speaks with a varying Spanish accent ‘depending on how happy or upset she is feeling’, and said that claims in ¡Hola! magazine!, for which she has appeared on the cover twice, that she is Spanish were inaccurate.