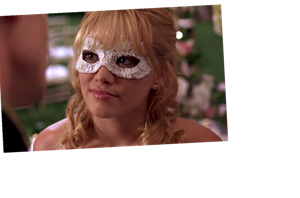 There’s no denying that 2004’s A Cinderella Story is an over-the-top romance — that’s what fans love about it — but one scene has always just seemed a bit too farfetched. In the pivotal scene, Sam (Hilary Duff) managed to hide her identity from Austin (Chad Michael Murray) by wearing a small mask. For years, fans have called the mask out for being much too tiny to realistically disguise Sam, and now Hilary Duff’s quotes about A Cinderella Story addressed the plot hole at long last.

A Cinderella Story is one of the most beloved retellings of the classic fairy tale, updating the rags-to-riches story to a modern high school romance. The movie makes the most of mid-2000s culture to help modernize the fairy tale, complete with AIM chats and cell phones, and one of the biggest changes is turning the prince’s grand ball into a high school Halloween dance. As in the original story, it’s important that outcast Sam hide her true identity from the mysterious guy she’s been chatting with online, so she pairs her wedding dress costume with a mask. The problem is… the mask barely covers her face.

Somehow, Austin doesn’t realize he’s dancing with Sam, his classmate who just waited on him at the diner, even though it’s blatantly obvious to all the viewers. 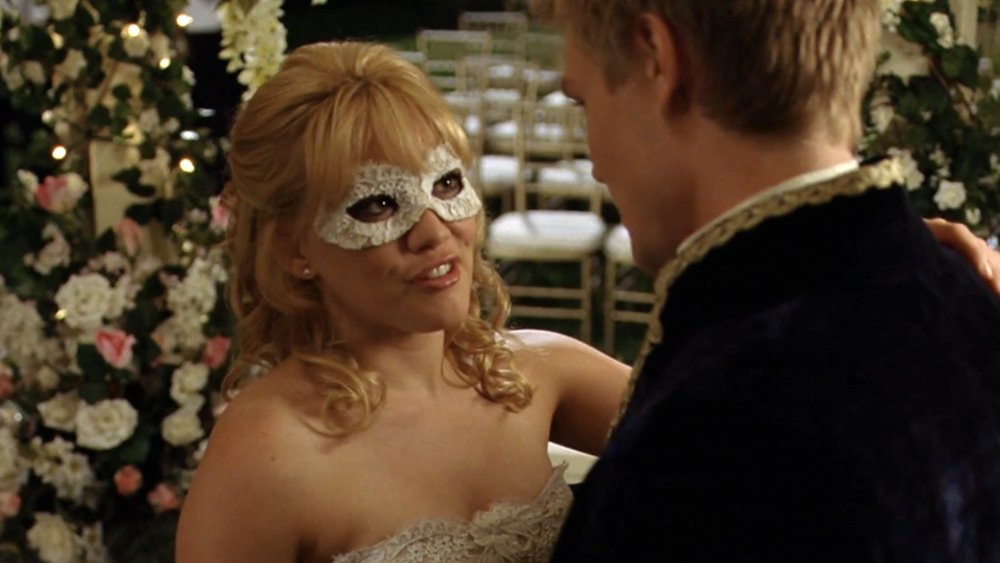 After years of fans laughing about the ridiculous mask, Duff finally commented on it during an interview with Cosmopolitan UK. "That is so funny. Maybe [Austin] got hit in the head too many times during football?," she joked.

Duff said the mask thing was never really discussed in depth, and admitted it’s a plot hole. "It was pretty recognizably me, right? I don’t even know if that was even a question [that came up] on set! That is so good. I don’t know what to say about that. There was definitely a problem with the script there."

All the talk about the masquerade ball also made Duff question Sam’s outfit choice for the dance. "Cinderella did not wear a wedding dress. That was fully a wedding dress. Where did she get that thing?" While wearing a wedding dress to a dance is admittedly pretty wild, the movie actually did explain the outfit choice. In a hurry to get to the ball before her stepmother Fiona found out she’d left work, Sam borrowed her friend and coworker Rhonda’s (Regina King) old wedding dress to wear.

Unfortunately, A Cinderella Story left Netflix earlier this year, but anyone nostalgic for the mid-aughts classic can relive the magic by streaming the movie on HBO Max.

END_OF_DOCUMENT_TOKEN_TO_BE_REPLACED

END_OF_DOCUMENT_TOKEN_TO_BE_REPLACED
We and our partners use cookies on this site to improve our service, perform analytics, personalize advertising, measure advertising performance, and remember website preferences.Ok