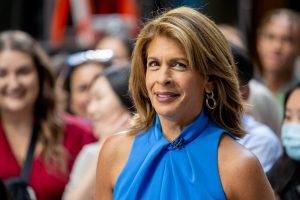 Hoda Kotb is one of daytime television’s most recognizable faces, and she is a household name among fans of the Today Show and beyond.

However, during a recent conversation with her co-star, Jenna Bush Hager, on 4th Hour with Hoda and Jenna, the host wasn’t afraid to admit that through great success there are sometimes regrets as well.

As the two hosts opened up and revealed a time in their lives they wish they could go back to, Hoda made a sentimental confession about her storied career.

WATCH: Hoda busts out her best moves on air

“I would probably go back to a time where I was stressed and probably should not have been,” she stated.

She further explained that: “My first few jobs, I think I romanticized what it was like, like I was describing it as like, ‘Oh my god it was me and all these fun people,’ but I think deep down I felt not good enough.”

The star got candid about her past feelings, saying: “I was afraid. I was always in knots, ‘Am I doing this right?’ and I did that for years.”

A post shared by TODAY with Hoda & Jenna (@hodaandjenna)

Looking back on what she wished she would have done differently, she recalled: “I should have, like, pulled off the corset and had some fun instead of being so stressed.”

Fans were quick to praise the mom-of-two and compliment her over her inspiring career, writing: “Love you guys!!!” alongside heart and praise emojis galore. 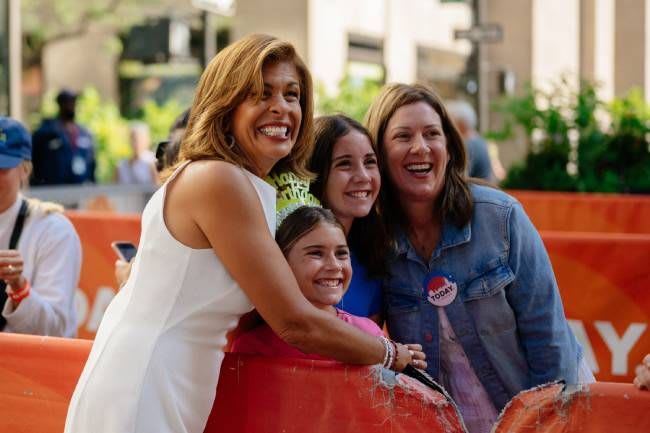 One fan even endearingly commented: “One of the days I’d go back to is when you both called me for best fan friend Friday! One of the most special days to me.”

The conversation also lent itself for Hoda and Jenna to reminisce over simple times when they acted much more carefree, with Jenna revealing that a time she would like to go back to is highschool days, and she looked back fondly on “hot Texas summers” and driving with the window down.