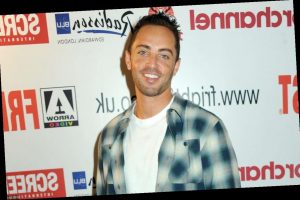 The L.A.-based actor is accused of fabricating licensing deals with Netflix, HBO and other platforms to secure funding for his film distribution company, 1inMM Capital LLC.

AceShowbiz -Actor Zachary J. Horwitz, who is known professionally as Zach Avery, has been arrested on charges of wire fraud. The Los Angeles-based actor was arrested by the FBI on Tuesday, April 6 for allegedly running a multi-million Ponzi scheme.

According to the FBI, Horwitz defrauded investors of $227 million by fabricating licensing deals with Netflix, HBO and other platforms in order to secure funding for his film distribution company, 1inMM Capital LLC. He allegedly sold people on his scheme by showing them fake licensing and distribution agreements, featuring forged signatures.

Zachary allegedly also told investors his company distributed 52 films in South America, Africa and Australia and gifted his funders bottles of pricey Johnny Walker Blue Label scotch, according to court records obtained by The Los Angeles Times. Both Netflix and HBO have confirmed to the FBI that they’d never conducted business with 1nMM.

Horwitz is believed to have received funds from the Ponzi scheme as early as 2015, using them for “personal benefit” such as purchasing a $6 million home in the Beverlywood neighborhood of Los Angeles, while repaying earlier investors.

Assistant U.S. Attorney Alexander Schwab reportedly urged the judge to keep Horwitz detained until trial, claiming he is a flight risk. T judge, however, approved of Horwitz’s release on a $1 million secured bond. His arraignment has been scheduled for May 13.

Horwitz’s acting credits include “Last Moment of Clarity“, “The White Crow” and “Farming“. He also appeared as an extra in Brad Pitt‘s 2014 film “Fury“.