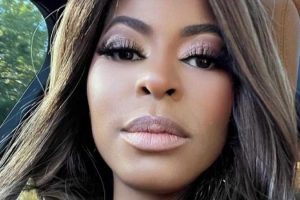 “Real Housewives of Salt Lake City” star Mary Cosby minced no words when sharing how she truly feels about co-star Heather Gay. In a since-deleted post to Instagram (via Reddit) on July 16, she revealed why she blocked Heather on social media. “If you want to know why I Blocked Heather Gay is because Heather Gay is a racist! She admitted and owned it and she knows it! LETS SPEAK TRUTH!” the graphic she shared read. In the caption of the photo, she wrote, “If you want my Truth ask me! I never did anything to #heather.. She’s a #karen I don’t tolerate haters!” Mary did not reveal the exact situation in which Heather supposedly admitted that she is racist.

Mary had her comment section turned off on the post, but that didn’t stop fans on Reddit from raising a flag on the situation. Keep scrolling to learn what they had to say.