Home » ‘I must have done something right’: Britney Spears gushes over her teen sons in rare photo

‘I must have done something right’: Britney Spears gushes over her teen sons in rare photo 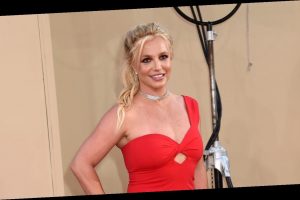 Britney Spears is giving her fans a rare glimpse into her life as a mom.

Spears, 39, gushed over her teenage sons – 15-year-old Sean and 14-year-old Jayden – Monday on Instagram, showing off two photos of boys, now taller than their mom.

“It’s so crazy how time flies …. My boys are so big now 👩‍👦‍👦 !!!!” Spears captioned the post. “I know … I know … it’s very hard for any mama especially a mama with boys seeing them grow up so fast !!!! Talk about enough to make you go to your knees … GEEZ  !!!! I’m extremely lucky because my two babies are such gentleman and so kind that I must have done something right 🙊 !!!!”

Spears shares both boys with ex Kevin Federline, to whom she was married from 2004 to 2007.

Spears explained that it had been a while since she last shared a photo of her kids because the boys are “at the age where they want to express their own identities and I totally get it.” Still, the proud mom “went out of my way to make this cool edit” and couldn’t help herself.

A renewed interest in the pop star’s life came last month following The New York Times documentary “Framing Britney Spears,” which examined her mental health challenges, inappropriate treatment by unrelenting media and the discord over her conservatorship, controlled largely by her father, Jamie.

Amid social media uproar and speculation surrounding her wellbeing, she shared in February that she’s focused on being “a normal person.”

“I’ll always love being on stage,” Spears captioned a throwback video of herself performing “Toxic” three years ago. “But I am taking the time to learn and be a normal person… I love simply enjoying the basics of every day life!”