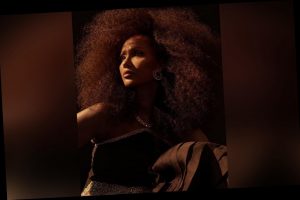 The Somali fashion model has no plan to find a new husband after the legendary musician whom she exchanged wedding vows with in 1992 passed away back in 2016.

The supermodel shares 20-year-old daughter Alexandria with Bowie, who she married in 1992. And as the singer’s birthday approaches – he would have turned 74 on 10 January (21) – Iman has spoken to Harper’s Bazaar magazine about her ongoing connection to her late spouse.

“David is in our hearts and minds on a daily basis, for all of us,” she said. “You know, this was my true love. My daughter once asked me if I would ever marry again and I said, ‘Never.’ “

“He’s hiding in plain sight. His fans are still around, his music is still relevant. And on the day of his passing, I went on a hike and a bluebird flew in front of me. A bluebird, above all things.”

Iman added that while Bowie had a reputation for being “futuristic,” things were more “everyday” than anyone could have imagined.

“It could not have been more regular. It was a really everyday marriage. He was a very funny, warm gentleman,” she smiled. “You know, everyone talks about him being futuristic, but no, he was not, he liked more than anything to wear a three-piece suit.”

“It was a beautiful, ordinary life and that was what was great about it. We could live in New York, pick up our daughter from school, walk everywhere… You know, I wish we had had more years.”