Ireland Baldwin is continuing to use her social media page to support her famous father in the wake of the tragic ‘Rust’ shooting, which left one person dead and another injured.

Ireland Baldwin, 26, shared another supportive message about her father Alec Baldwin, 63, amidst an investigation into the fatal shooting that occurred on the set of his Western film, Rust. To combat the hate Alec’s been getting on social media about his involvement in the accident, Ireland posted a screenshot to Instagram on Oct. 27 of a comment she received from someone named Tracey Nolan, who recounted a positive experience of working with Alec on the 2000 film Thomas and the Magic Railroad.

“So about a million years ago I was working in the production office in Toronto of the company that was making the Thomas the Tank Engine movie that he did,” Tracey said. “I’d dealt with typing up some pretty goofy celebrity riders in my day but NOT your dads. He only wanted to make sure he had milk and cereal in his hotel room for when his daughter was visiting. That was it. That was the whole rider. I’ll always remember that.”

In her caption, Ireland continued to express support for her famous father. “Amongst some of the most abhorrent and threatening comments, emails, text messages, and voicemails I’ve been getting… this beautiful comment stands alone,” the model and actress said. “I know my dad, you simply don’t. I love you, Dad.” Ireland’s post garnered hundreds of supportive messages from fellow celebs and fans. Her cousin Hailey Baldwin also showed some love to Alec by “liking” Ireland’s post. 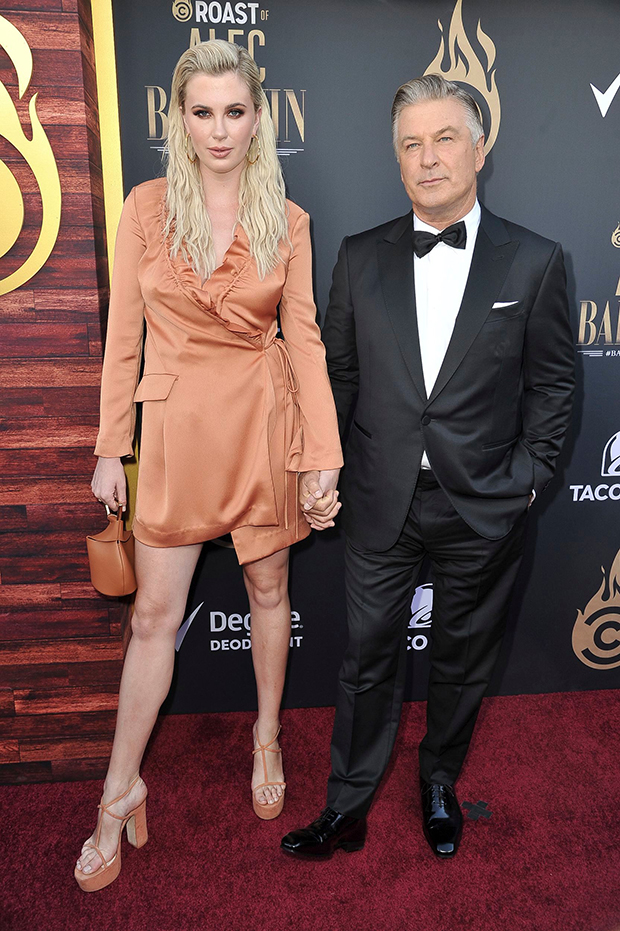 Alec Baldwin — Photos Of The Actor

This isn’t the first instance that Ireland has backed up her dad in the wake of the shooting. On Oct. 25, Ireland slammed political commentator Candace Owens, who said on Twitter the shooting would’ve been “poetic justice” for Alec if not for the victims involved. “You are the most disgusting, human, cancerous human being I’ve ever come across,” Ireland said back to Candace, which led to a social media feud ensuing between the two women. Days earlier, Ireland first reacted to news of the shooting in a message that said she was “wishing I could hug my dad extra tight today.”

As we’ve reported, Alec was on-set when he fired a gun that was loaded with live rounds and killed Rust cinematographer Halyna Hutchins. Director Joel Souza was also injured in the shooting, which is now under investigation by authorities. Alec broke his silence about the accident the next day and said he was feeling “shock and sadness” over Halyna’s death. He also confirmed he was “fully cooperating” with the police investigation.