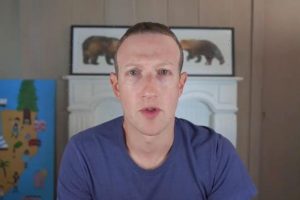 Even after two years, Facebook’s Oversight Board admits the company is falling short of its stated transparency and accountability goals, experts say, but there is only so much this independent body can do.

“It has always been the case that the Oversight Board’s only leverage is that which Facebook chooses to give it,” Darren Linvill, professor at Clemson University focusing on social media disinformation, told TheWrap. “It has no real power to compel action, but that doesn’t mean it serves no function. Its voice is unique in that it was formed by Facebook in large part to ensure it was following its own rules.”

Even after recent whistleblower Frances Haugen released thousands of leaked documents, now known as the Facebook Papers, to media and regulators, the 40-member board remained in the dark about much of its contents — including the existence of a whitelisting program that allowed A-list users like now-suspended Donald Trump to bypass usual content enforcement rules. Even now, as the board receives more requests, it is also learning that the company is still only providing partial answers or declining to give answers in some cases.

Lyndon Park, head of governance solutions at strategy firm ICR, said he is of “divided mind” about whether the board has made any impact on Facebook, especially since the board’s recommendations are made in retrospect rather than influencing corporate decisions in real time. “Overall, establishing this Oversight Board is better than nothing,” Park said. “This is a misalignment between company and the stakeholders in terms of the content for consumers and issues influencing society.”

A rep for the Oversight Board did not respond to requests for comment for this story, but the group has said it plans to release quarterly transparency reports as well as an annual report next year that will assess Facebook’s performance in implementing its recommendations.

Formed in October 2019, the Oversight Board Trust was kicked off with a $130 million commitment from the company and tasked with helping the platform tackle major content decisions. The board members, consisting of experts on everything from human rights to elections law and serving three-year terms, were meant to act as a neutral, independent body separate from Facebook’s own employees.

“Oversight boards are typically created to ease consumers’ worries about social media, which is a good move in general, seeing as 42% of US consumers say they do not trust social media companies at all right now,” said Doug Gorman, trends analyst at market research firm GWI.

Both the public and Facebook itself can submit appeals to the board for consideration. The board received 524,000 requests from Facebook and Instagram users between October 2020 and June 2021, with submissions growing steadily each quarter. Of those, the board only selects a small portion for review. During this period, around two-thirds of user appeals involved content considered hate speech or bullying and harassment.

Out of 17 cases selected for review, the board overturned Facebook’s decision in eight cases and upheld three. In its most notable case, the board upheld the indefinite suspension of former President Donald Trump’s access to Facebook and Instagram following the U.S. Capitol riots on Jan. 6. While the board upheld the company’s ban on Trump’s accounts based on two January 6 posts that it found “violated Facebook’s rules prohibiting praise or support of people engaged in violence,” it asked that the indefinite suspension be reviewed to determine a clearer definition of the duration of his ban. 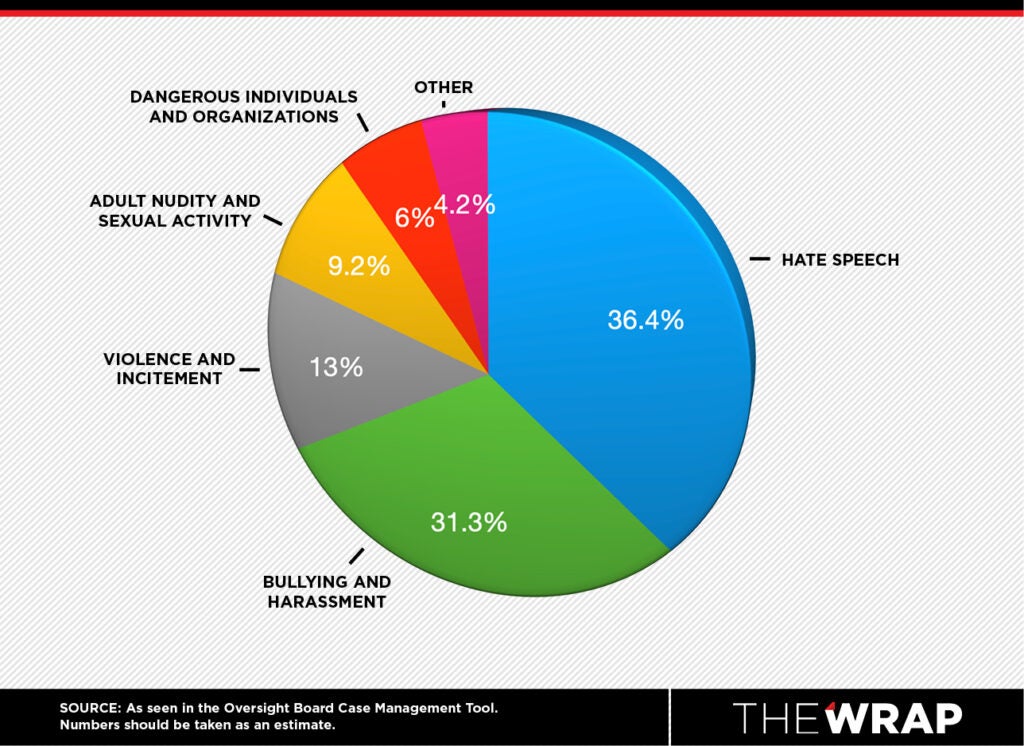 A more recent Oversight Board investigation found the company hid details of its whitelisting program, X-check, which exempted VIP users from normal enforcement rules. The board said Facebook made no mention of X-check when it reviewed Trump’s case. As the leaked Facebook Papers revealed, the program also whitelisted high-profile individuals including soccer star Neymar, Elizabeth Warren, Dan Scavino, Candace Owens and Doug the Pug. Zuckerberg is also on the list.

Tellingly, the Oversight Board could do little but issue a public complaint about being left in the dark. “Given that the referral included a specific policy question about account-level enforcement for political leaders, many of whom the Board believes were covered by cross-check, this omission is not acceptable. Facebook only mentioned cross-check to the Board when we asked whether Mr. Trump’s page or account had been subject to ordinary content moderation processes,” the board wrote in its transparency report in October.

The issue underscored how the board holds no enforcement power and cannot actually force Facebook to do anything, with much of the company’s decision-making power remaining in the hands of founder and CEO Mark Zuckerberg.

Not only was Facebook “not fully forthcoming” with the board, but the company continues to dodge a number of questions raised by the group. Out of 156 questions sent to Facebook about specific cases, the company answered 130, partially answered 12 and declined to answer another 14. “If Facebook ignores the board or undermines them in an ongoing way, that looks especially bad,” Linvill said. “Facebook already has plenty of PR problems. The board may at times only be part of a chorus of voices critiquing Facebook, but it is a voice that may prove particularly hard for Facebook to ignore.”

In fact, forming oversight boards for a company like Facebook is “highly unusual,” Park said, adding that corporate boards are usually empowered to hold management accountable. “That’s what most mainstream investors ask for in better governance and what most multinational corporations do,” Park told TheWrap. “Most already have a board that demands accountability of management. … If you think of Facebook’s structure as a board, their main corporate board is where Zuckerberg owns 53%, and he can control hiring and firing.”

The idea for this actually board came in reaction to the Federal Trade Commission slapping the company with a $5 billion fine in November 2018 following the revelation that the British consulting firm Cambridge Analytica had gathered personal data on millions of Facebook users without their consent. As part of the settlement, Facebook was required to create an oversight committee to oversee its privacy practices.

It’s unclear how long the company will keep its Oversight Board, but Park noted that “once the use case runs its course,” there would be little need for Facebook to maintain it. The board has said it plans to release quarterly transparency reports in addition to an upcoming annual report that will assess Facebook’s performance in implementing its recommendations.

“The best way to get this correct is to instill accountability on Mark,” Park said. “Hopefully, Facebook will eventually improve some of these governance practices.”