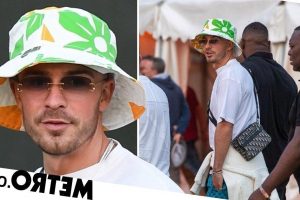 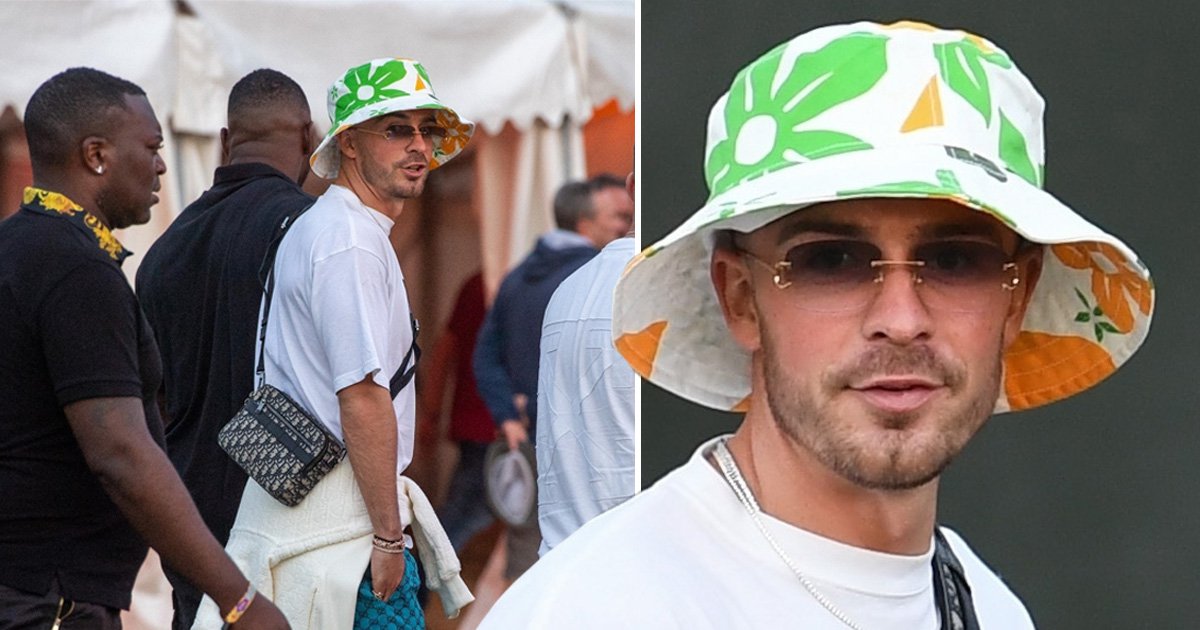 Jack Grealish was living the life at Leeds Festival this weekend as he hung out with friends wearing clothes worth £3,000.

The footballer, 25, certainly stood out from the crowd with his unique sense of style as he wore head-to-toe designer gear.

Splashing out following his £100m move to Manchester City, the former Aston Villa star paired a Balenciaga tee worth £450 with £600 Gucci shorts.

His green and yellow floral print bucket hat was arguably the star of the show, as it certainly gave his look a ‘90s throwback feel.

Jack was pictured chatting with friends at the festival after playing against Arsenal earlier in the day and winning 5-0. The group arrived at the VIP area in the early evening to watch Stormzy headline.

Crowds were later taken by surprise when the rapper, 28, brought the Man City star on stage to screaming fans, where he threw up a peace sign and hugged the Vossi Bop hitmaker.

Absent from the Nike athlete’s ‘perfect Saturday’, as he tweeted following his new club’s win at Etihad Stadium, was girlfriend Sasha Attwood.

Jack and Sasha, 25, were childhood sweethearts, and took a romantic holiday to Croatia together a couple of weeks ago.

The influencer recently opened up about the abuse she’s received on social media, mostly from young girls.

Speaking on her YouTube channel with 31k subscribers, the beauty vlogger said: ‘Genuinely, I was receiving, like, 200 death threats a day. I’m not even exaggerating when I say that.

She explained social media is ‘toxic’, and thanked her followers for the outpouring of support she later received.

The Sun reported that Instagram had launched an investigation following Sasha’s remarks.