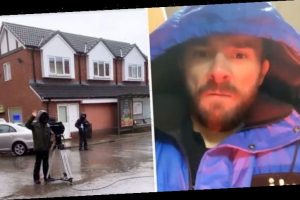 Corrie: Jack P Shepherd reveals filming has been 'rained off'

Coronation Street star Jack P Shepherd could be seen huddling around a portable heater on Instagram today. The 32-year-old actor was trying to warm up after filming got disrupted during outdoor scenes in the rain.

Jack, who has played the role of David Platt on the ITV soap opera for 20 years, gave fans an update while on the set of the show.

He could be seen in a large outdoor coat basking in the warm glow of the heater during a break in filming.

In the background, his co-star Julia Goulding, who plays Shona Ramsey, could be seen in an equally large jacket. 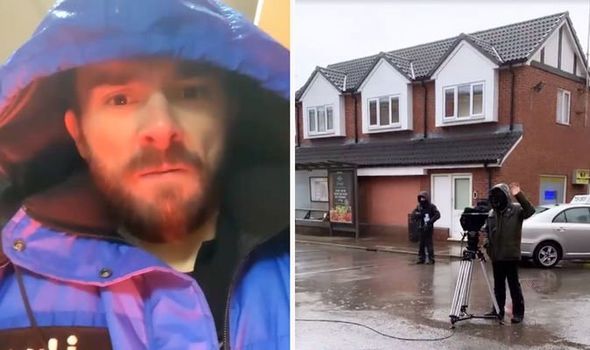 We will use your email address only for sending you newsletters. Please see our Privacy Notice for details of your data protection rights. Jack P Shepherd: Corrie star on real reason he got hair transplant

He then showed the very wet crew standing in the street outside the cab office.

As he colleague walked into view, he made fun of her very wet appearance. 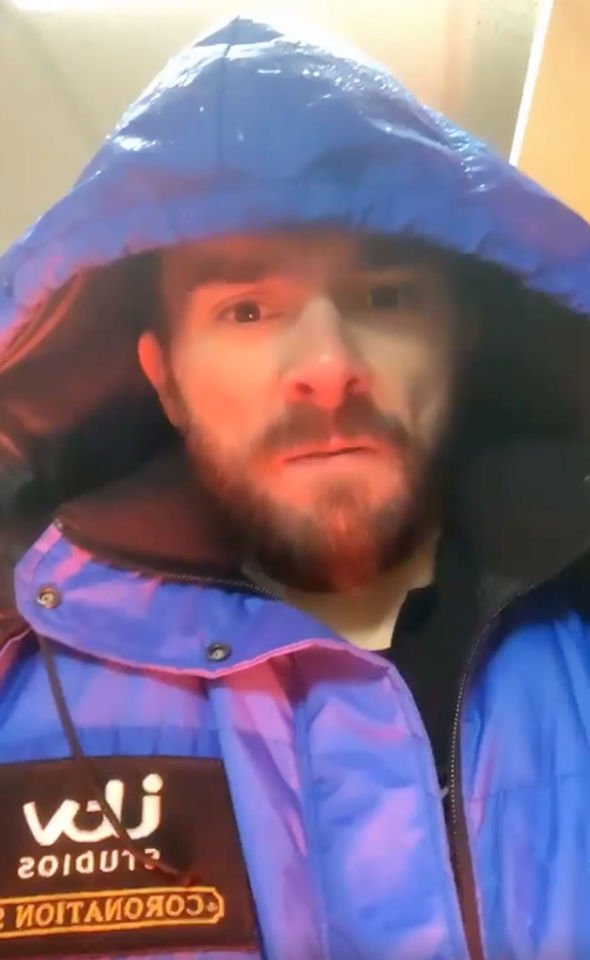 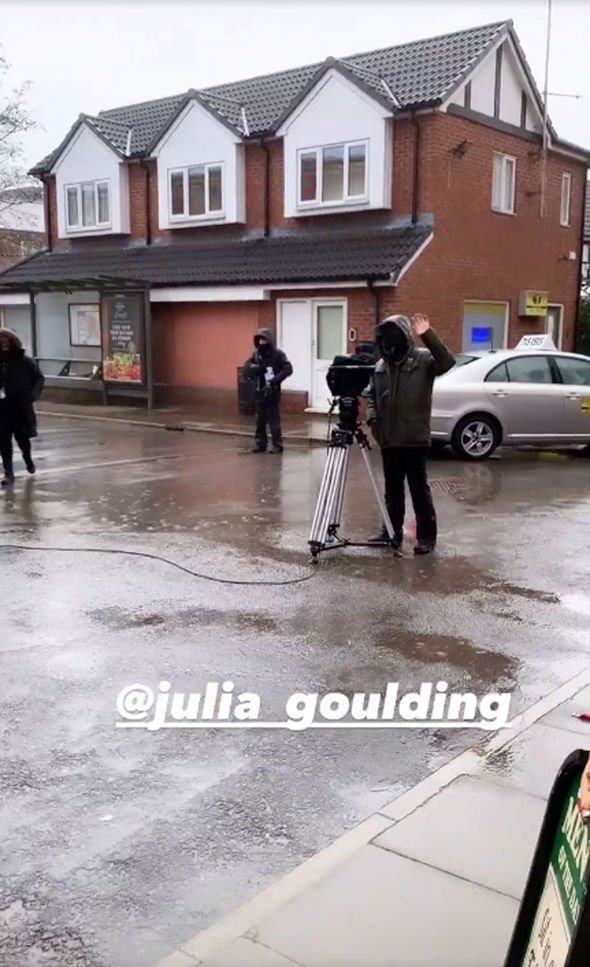 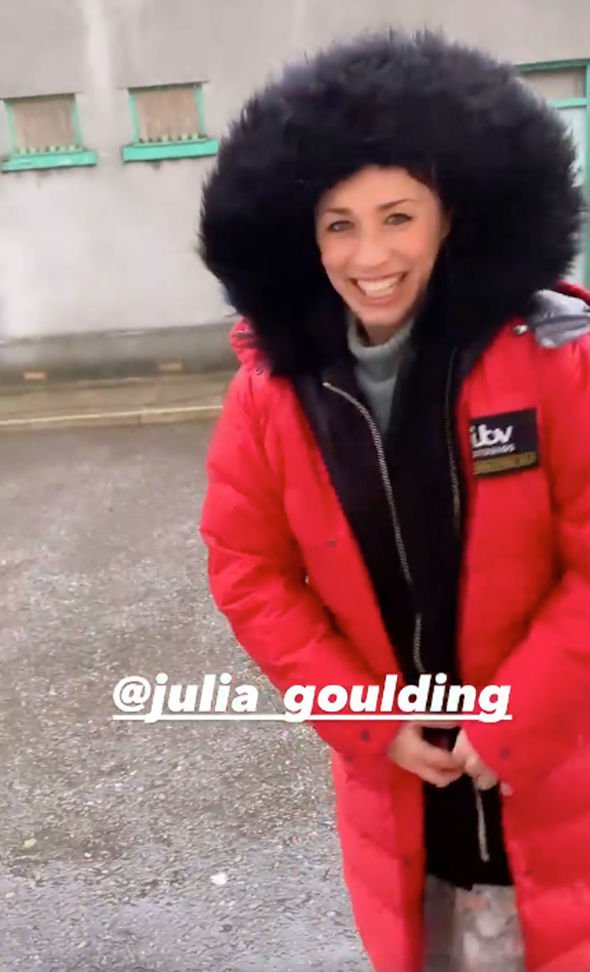 “It’s wet in Weatherfield,” Julia remarked when she shared the post on her own account shortly after.

Jack’s character is thought to be at the heart of the Christmas Day special this year.

After telling his wife Shona that things were no longer working, he then decides to give things another go.

The youngest son of Gail Platt (Helen Worth) re-enacts the couple’s winter wedding – complete with fake snow – for his wife, who lost her memory following a shooting last Christmas.

Tomorrow, the long-running show will celebrate 60 years on television.

They will mark the anniversary with a special episode.

Jack spoke about his part in the milestone instalment back in September.

“I think it’s a combination of storylines, from what I’ve been told. But the Platts are at the heart of a ‘community’ story with Ray.”

The Weatherfield residents will have to join forces to save the street from business man Ray Crosby, played by Mark Frost, who wants to knock down the houses and build a new development.

END_OF_DOCUMENT_TOKEN_TO_BE_REPLACED

END_OF_DOCUMENT_TOKEN_TO_BE_REPLACED
We and our partners use cookies on this site to improve our service, perform analytics, personalize advertising, measure advertising performance, and remember website preferences.Ok