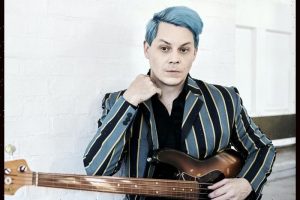 The first was Fear of the Dawn, which debuted at No. 1 on the April 23 surveys.

The set, released on July 22 through Third Man Records, topped the rankings with 27,000 equivalent album units earned in the July 22-28 tracking week, according to Luminate.

Most of them came via album sales, helping the album to launch at No. 2 on Top Album Sales.

Entering Heaven Alive also debuted at No. 1 on the Americana/Folk Albums chart.