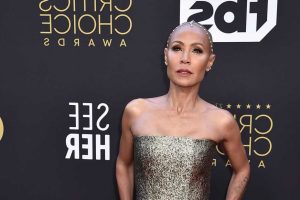 Celebrities including Jada Pinkett Smith, Justin Bieber and Mia Farrow were outraged on Thursday, Aug. 4, amid news a Russian judge sentenced WNBA star Brittney Griner to nine years in penal colony. The basketball player, 31, was convicted on drug charges after allegedly bringing marijuana into the country with her; she previously told the court it was an “honest mistake” that the marijuana, which she has a medical prescription for in the United States, ended up in her bag, the New York Times reported. “On the same day where we finally got some Justice for Breonna… I find out that Brittney Griner just got 9 years in Russia,” Jada Pinkett Smith wrote on her Instagram Stories, adding the hashtag “freebrittney.” (On Thursday, federal charges were brought against four police officers involved in the 2020 Louisville, Kentucky, raid in which BreonnaTaylor, a 26-year-old E.R. tech, was shot and killed.) Justin Bieber also posted about the basketball star’s sentencing, writing on his Instagram Stories, “THIS HURTS. If anyone knows of anyway I can help please let me know.” Viola Davis, who’s posted repeatedly about Brittney’s detainment in Russia, shared on Instagram that she has “no words” after the sentence was announced. Sharing an American flag, Andy Cohen simply posted, “BRING BRITTNEY HOME.” President Joe Biden, meanwhile, called the nine-year sentence “unacceptable” and demanded Russia “release her immediately.” He also vowed to continue pursuing “every possible avenue” to get Brittney and imprisoned American veteran Paul Whelan home from Russia.

Kylie Jenner slammed for not wearing gloves, mask or a hairnet in cosmetics lab post

Kylie Jenner raised questions about sanitation protocols at Kylie Cosmetics this week when she shared video and photos of herself “in the lab creating new magic for you guys” on Instagram. Though she promised in the caption that what she was working on was “better than ever,” users quickly started calling her out for failing to wear a net over her waist-long hair as it dangled over her white lab coat or gloves over her claw-length manicured nails as she mixed containers of colored powder together and peered into a vat of skin-colored liquid makeup. “It include your hair too?” one user asked of the “magic.” Another asked if she wasn’t “suppose to wear gloves, mask and the hair net thingy???,” while a third joked the mask-less reality star was actually “in the lab creating the new pandemic.” Makeupdeveloper and Emmy-winning makeup artist Kevin James Bennett chimed in, too, asking, among many other questions, “what ignorant lab let you touch things without following proper sanitation protocols?” While Kevin’s irritation sounded sincere, most commenters seemed to find everything about the post funny, including the idea that Kylie was really “creating” makeup herself. “We all know shawty ain’t doing nun at that lab,” one person joked. “The actual scientist whose lab coat you have on standing right out of frame,” wrote another. If the backlash bothered Kylie, she gave no hint on the ‘Gram, following up the post with a handful of new selfies on Thursday, Aug. 4, but no statement on her cosmetic lab sanitation protocols. Page Six has since reported the star “was not on the production floor when the pictures and videos were taken.”

RELATED: How the Kardashian-Jenner family’s looks have changed through the years

Jason Momoa recently surprised a plane full of passengers en route from Los Angeles to Hawaii when he popped up on a cabin loudspeaker to announce he’d be coming down the aisles, flight attendant-style, with recyclable aluminum bottles of water from his new water company. “It’s a dream come true,” the “Aquaman” star says in an Instagram video shot during the flight. The cute clip shows passengers on the flight giggling, smiling, taking photos and giving Jason high fives from their seats as he starts passing out his new, earth-friendly water bottles. Jason, a native of Hawaii, explains in the video that with all the travel he does for work, he was frustrated to see airlines giving customers water in small, single-use plastic containers. He recalls wondering, “Why can’t we have aluminum?” since aluminum can be recycled forever without degrading, unlike plastic. Mananalu goes a step further, too, by using a portion of profits to clean up the ocean. “My idea to create @Mananalu.water came to me while on a flight,” Jason captioned the post. “We’re on a mission to end single-use plastic. Drink one, remove one – For every bottle of Mananalu sold, we remove one plastic bottle from the ocean. We have removed 3 MILLION plastic bottles from the ocean this year.” There was, however, one little problem with Aquaman handling in-flight water duties, as Jason admits in the clip with a laugh: “I don’t really fit in the aisles.”

On Thursday, Aug. 4, Whoopi Goldberg revealed Ana Navarro and Alyssa Farah Griffin will be taking over for Meghan McCain’s conservative post on “The View” next season. Ana’s name was the bigger surprise, as multiple outlets reported Alyssa would be named co-host in the weeks leading up to ABC’s announcement. Both Ana — a Republican strategist and commentator — and Alyssa, who served as White House communications director under Donald Trump before resigning in December 2020 — have appeared regularly as guest hosts on “The View” in the past. They’ve also both openly criticized former president Trump. Ana and Alyssa are expected to continue in their roles as CNN commentators, although Ana’s work on “The View” will be more limited than Alyssa’s, given her ongoing duties at CNN, the outlet reported on Thursday. The new hosts’ permanent tenures begin in September with Season 26.

Miranda Lambert’s fans did an impressive job of drowning out body-shamers on TikTok this week after a video of the singer performing sparked a wave of increasingly nasty comments about the star’s figure. The initial negative comments ranged from name-calling like “Miranda HAMbert” to suggestions Miranda’s ex-husband, Blake Shelton “dodged a bullet” by splitting from the singer. The video first appeared on the platform on Tuesday, Aug. 2. By Thursday, even finding the haters’ comments required a very, very long scroll. Instead, the comment section had been flooded with love, support and admiration for Miranda — and some choice words for the people who’d shamed her. “I like how it’s only men commenting about her weight. She looks amazing,” one person wrote. Other praised Miranda for being “healthy” and looking “happy.” “Half of the men in the comments would be lucky to find a woman like her,” one person noted. Said another: “As a man, let me just say to the lil boys commenting. you wouldn’t know what to do with a woman like her. she’s perfect 😍😍😍.” As Miranda told People earlier this year, she rarely worries about internet trolls or even music critics. “I just don’t give two s**** about people’s opinion of me, my marriage, my music or anything else,” said Miranda, who married former police officer Brendan McLoughlin in 2019. “I just care that I’m being me.” 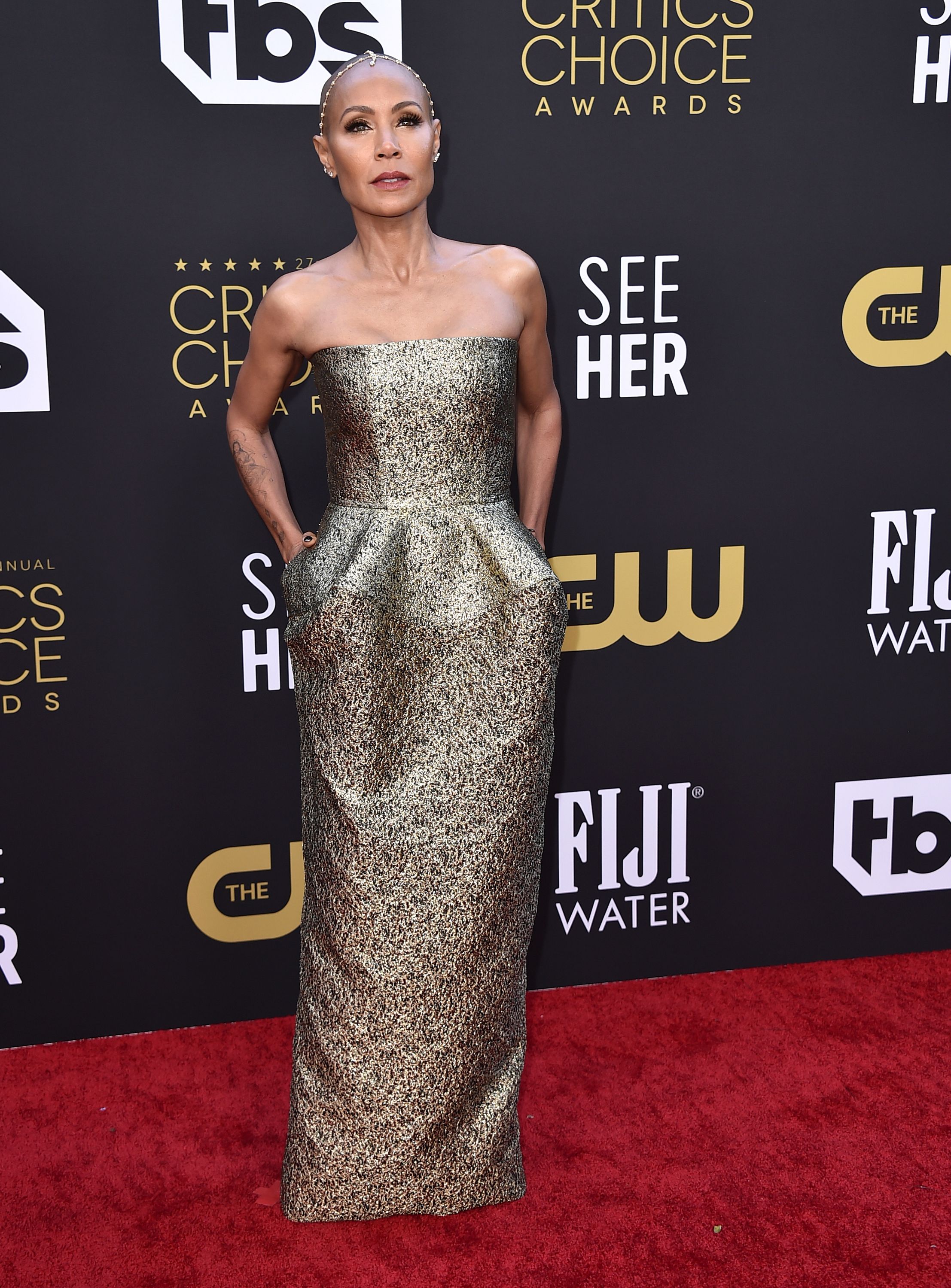 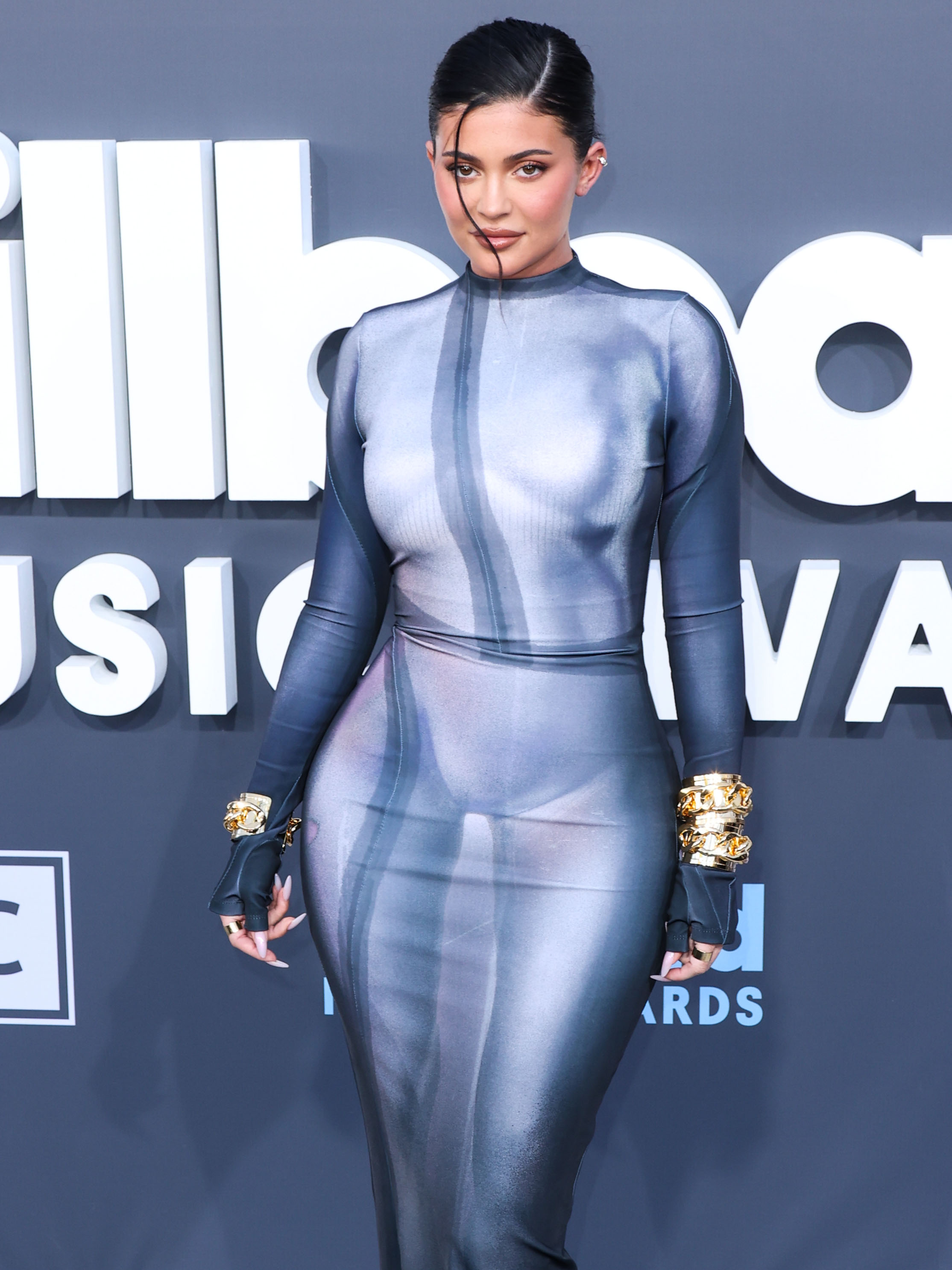 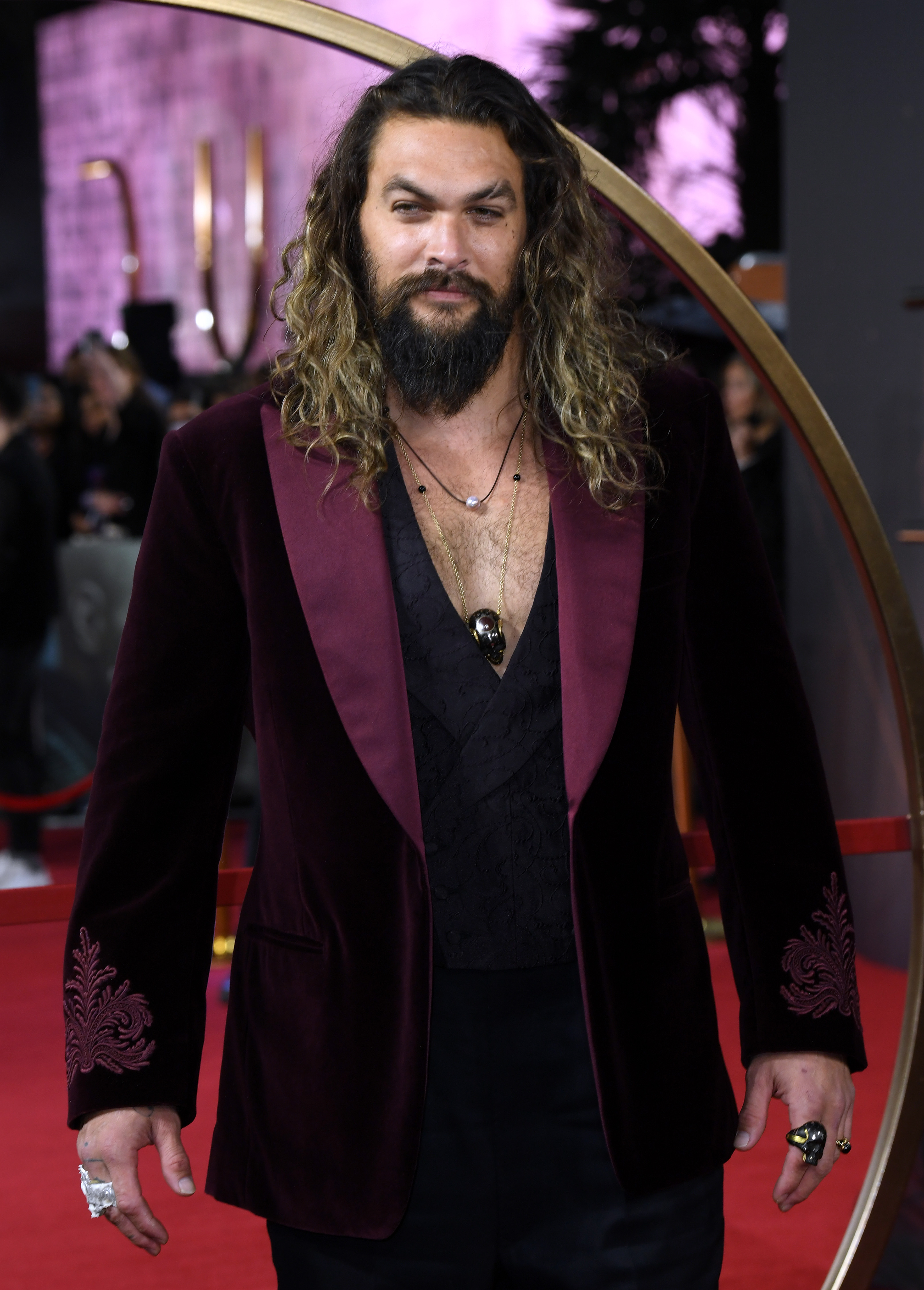 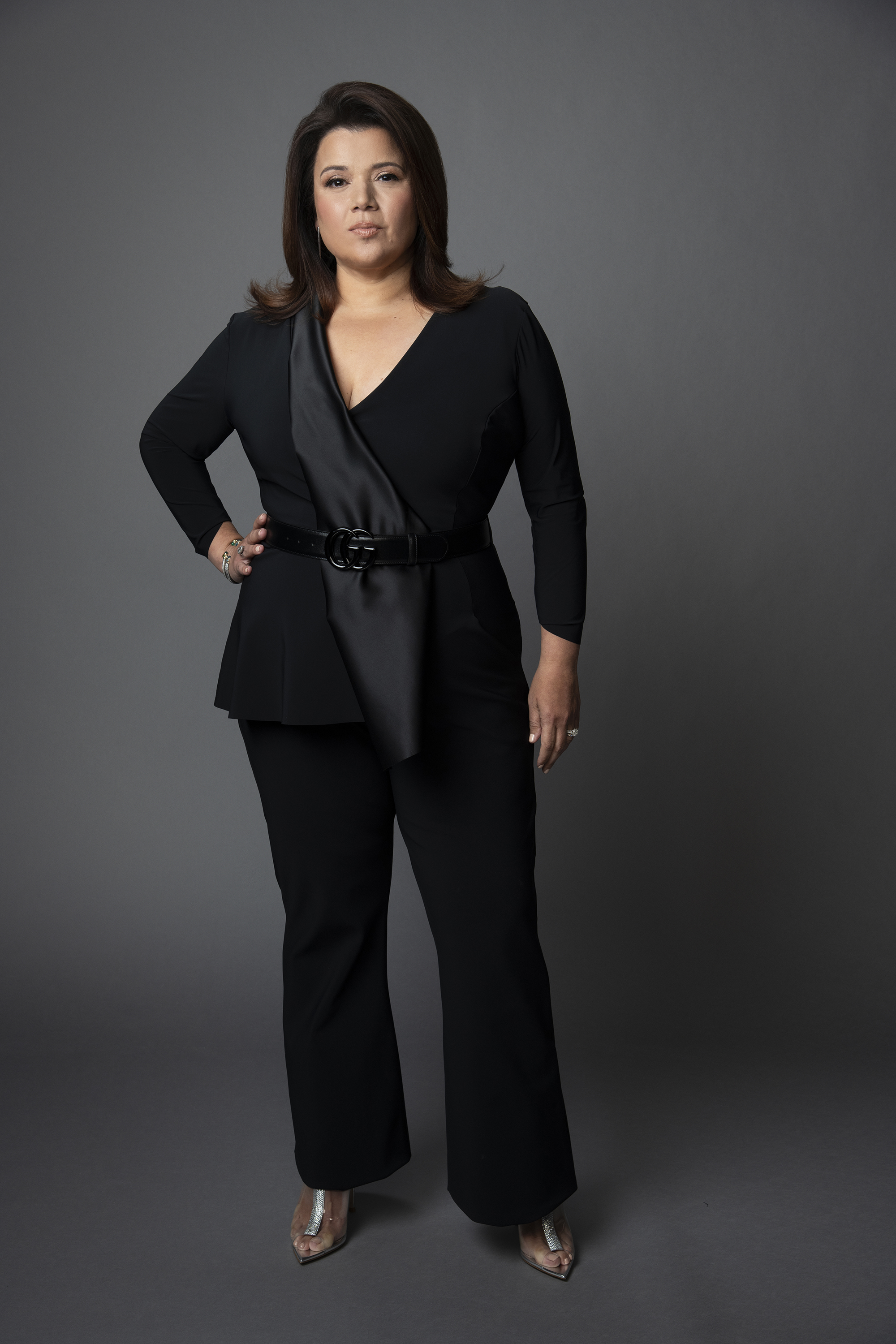 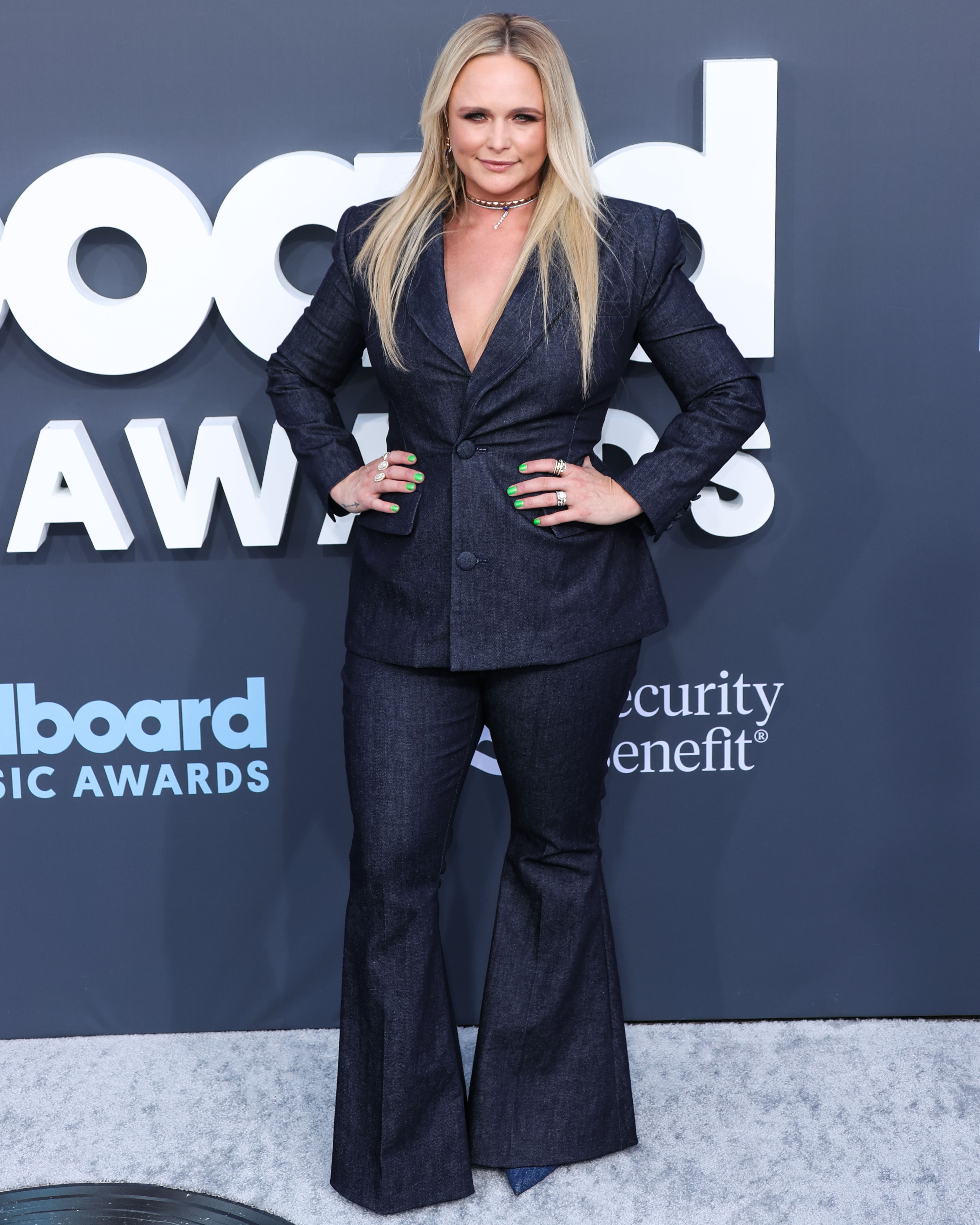