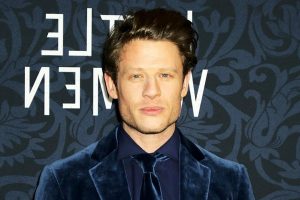 The ‘McMafia’ actor recalls his younger years in a boarding school, saying he was left feeling ‘unattractive and disempowered’ because of bullying by his mean peers.

The “McMafia” actor attended a Catholic boarding school during his younger years, and he admits that his current fame and success is a world away from the bullying he faced as a child.

He shared, “I was the kid at the all-boys boarding school who was bullied, whose younger years were definitely spent at the bottom of the pile feeling unattractive and disempowered.”

By contrast, the British star, who can currently be seen in HBO show “The Nevers“, now has a pin-up status among fans. And he admits that, at times, he struggles to believe how far he’s come in life.

He told Man About Town magazine, “When people credit me with having ‘a pin-up pout’ now, it doesn’t mean anything because my bones are not that.”

“But I do have moments when I’m being shot by a great photographer, wearing great clothes, when the little unattractive bullied kid in me is laughing his f**king head off!”

James also insisted that his pin-up status is nothing to do with himself.

He added, “As soon as people deem you a pin-up they expect you to have this extra special power, to walk into every room powerfully, but you don’t.”

The actor was recently rumored to be in advanced talks to replace Daniel Craig as a new James Bond in the next 007 installment after “No Time to Die“.

“It’s crazy. It’s not real. It’s speculative,” he responded to the report. “There is no truth behind it. Unless journalists know something more than I do. It’s bizarre and quite flattering to be even considered in that world, but beyond that? Pure speculation.”