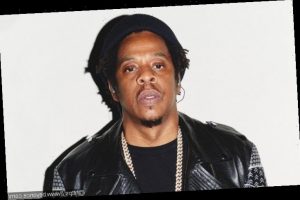 The rap mogul and his company Roc Nation have signed a new partnership deal with the Italian soccer team following their collaborative ‘From Milan with Love’ charity livestream.

Bosses at Jay’s firm and the soccer club announced their “unique, industry-first partnership” on Thursday (09Jul20), focusing on their philanthropic efforts, and partnering on music, sporting and cultural events.

The new partnership follows the two organisations’ collaboration on the “From Milan with Love” charity livestream hosted by DJ Khaled and featuring the likes of Alicia Keys, Kelly Rowland, and the Jonas Brothers in May.

AC Milan chief revenue officer Casper Stylsvig says in a statement to Sportsbusiness.com, “AC Milan as a club has always looked to push the boundaries and do things differently. This ambitious partnership will help us to showcase the power of the AC Milan and Roc Nation brands across sports, entertainment and lifestyle and provide us with some exciting new ways to engage with our fans and partners around the world.”

Roc Nation executive Michael Yormark adds, “Both brands possess a strong commitment to community, which was evident through the success of From Milan with Love. I am looking forward to building on that success by creating more opportunities together that combine the integrity of the club’s rich history and Roc Nation’s signature ability to create and move culture.”

The Roc Nation deal comes with Milan struggling with a title drought lasting almost a decade, with the team unlikely to qualify for next season’s Champions League tournament.