Home » Celebrities » Jenelle Evans: Is She Ripping Off Her Fans With Her Bogus New Website?

Jenelle Evans: Is She Ripping Off Her Fans With Her Bogus New Website? 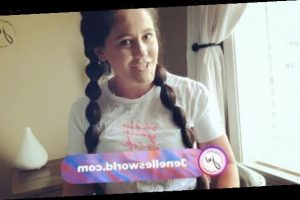 Earlier this month, Jenelle Evans announced the launch of Jenelle’s World, a subscription-based website where Jenelle superfans could “connect” with the former Teen Mom 2 star like never before.

Jenelle promised endless hours of exclusive content, interaction with fans, and daily updates on all her shady swamp shenanigans.

“Ever wanted to connect with me on a personal level?! Want to see what I’m REALLY up to these days?” Evans captioned her announcement video.

“I just launched my new site Jenelle’s World! Sign up for exclusive EVERYTHING! Get rid of the haters and only want to hear from my true fans! See ya there!”

Jenelle delivered the hard sell in her introductory clip, really putting her all into convincing fans they should hand over their hard-earned cash to finance the continued unemployment of the sketchiest star in reality TV history.

“All my fans, I know you guys have been tuning into Teen Mom since I was little, and you want to know what I’m up to now. Well, here’s your chance,” Evans enthused to the camera.

“I know you guys have been asking lately, ‘What are your projects? Do you have any news? Are you gonna tell us anything?’

We’re pretty sure no one has been asking any of those questions, but then again, everything Jenelle posts is an answer to a question no one asked, so none of this sad desperation comes as a surprise.

“Here I share with you, my closest friends and community all of the things that matter! ” reads an introductory message on the site’s homepage.

“Only here with my crew will you have access to NEW Behind the Scenes & NEVER before seen footage, Exclusive Photos, and more! This is where I share a First-Hand glimpse & Updates into my Personal Life with the people that matter.”

Aside from the Random Capitalization, it’s a weird intro for a number of reasons — not the least of which is that it doesn’t really tell you what you’re getting for your money.

There’s a little more info on the subscription page, but even then, it’s mostly vague language about “Exclusive Videos” and “Exclusive Behind the Scenes.”

Behind the scenes of what? Does Jenelle think she’s still on a TV show?

Granted, there is a “Behind the Scenes” section of the website, but … we’ll get to that shortly.

It’s only when you get to the top subscription tier — at this point, you’re shelling out a cool 75 bucks a month — that Jenelle begins to get into specifics about what you’re actually receiving in exchange for your money.

“Exclusive 1 on 1 Private Monthly Session,” “A Real Birthday Card delivered for your Birthday!” and a “PDF version of My Book Read between the Lines: From the Diary of a Teenage Mom” are among the items on offer.

The only problem is, the book retails $9.99 on Amazon, and the chances that Evans will deliver on the other items seems slim.

As the early subscribers to Jenelle’s World are now learning the hard way (Jenelle hasn’t released any subscription data, but someone must have taken the bait, right?), follow-through is not Ms. Evans’ strong suit.

You see, Jenelle’s World launched on June 11, but Evans hasn’t uploaded any new content to the site since June 12.

Right now, anyone who paid $75 to achieve “Besties Status” on the site has access to about a dozen short videos, several of which were filmed on Jenelle’s wedding day back in 2017.

That “Behind the Scenes” section? It boasts content like a reposted Hollywood Life interview Jenelle participated in over a year ago.

Probably not the late-breaking content diehard Jenelle fans had in mind.

But maybe the problem is that there are no diehard Jenelle fans.

Lazy as she is, Jenelle probably would’ve recorded at least one piece of original content in the past week — if she were being paid for it.

In all likelihood, Evans scored a handful of subscribers at the $5 and $15 levels, and the money she pulled in barely covers her hosting fees.

If that’s the case, we don’t blame her for being reluctant to produce new material.

But if the site is already a bust, she needs to inform her fans and refund their money.

As it stands, she’s just ripping them off even worse than she did with her JE Cosmetics eye brow kits.

At least the buyers who received faulty or a contaminated makeup were left with a funny keepsake they could show to their friends as evidence of Jenelle’s shadiness as a businesswoman.

Jenelle Evans: BACK TOGETHER With David Eason After He Beat Up Her Friend In Front of Her Kids!Start Gallery