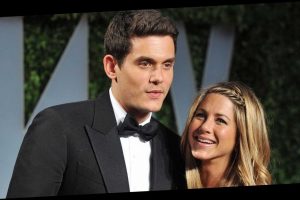 Today in news Brad Pitt stans aren’t emotionally prepared for, Jennifer Aniston was spotted leaving dinner at the Sunset Tower Hotel mere “moments” after her ex John Mayer—at least according to the Daily Mail, who published photos of the former couple.

In the event that you’re spiraling, the very strong likelihood is that these two are just friends. Because yes, one can be friends with their ex! But by way of a little ~background~, Jen and John dated from about 2008-2009, and he said a ton of super shady sh*t about her after they broke up in an infamous Playboy interview.

Damn, the fact that Jen is still friends with him after this utter BS is a true testament to what a nice person she is.