Home » Celebrities » Jeopardy! Announces A New Guest Host Who May Surprise You

Jeopardy! Announces A New Guest Host Who May Surprise You 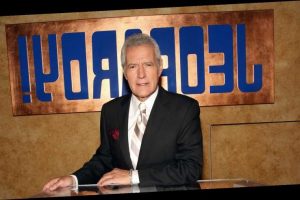 Alex Trebek’s final episode of Jeopardy! is scheduled to air Jan. 8, after being initially slated for Christmas Day, per Vox. The universally beloved television host fronted the long-running game show for more than 30 years and continued shooting it almost right up until he passed away from cancer. Trebek’s final episodes have continued to air after his passing because Jeopardy! is shot so far in advance. He began hosting in 1984, taking over a revamped version of the hit show.

The beloved host revealed he was ill back in 2019 and received overwhelming public support. Trebek is widely considered to be one of the most universally loved, and easily recognizable, figures in the history of American TV. Imagining Jeopardy! without him is almost impossible, and it’ll be a while yet before a proper replacement is found. But, for now, we know who at least one of the temporary hosts will be.

Jeopardy! is swapping out one beloved TV host for another

Katie Couric has been revealed as the temporary guest host of Jeopardy!, the first of many to come once the final episodes featuring the late, great Trebek finish airing. The Los Angeles Times confirmed Couric will host the beloved game show for a week, after which time another guest host will take the reins from her. She declined to comment, refusing to answer whether taking over full time was on the table. Guest hosts will reportedly front the show until a permanent replacement is decided upon. The new host may even be chosen from the roster of guests, so Couric could still be in the running.

Trebek passed away in November after a lengthy battle with pancreatic cancer, with Jeopardy! champion Ken Jennings announced as a short term replacement. His episodes will begin airing Jan. 11, but the posting has rubbed certain fans the wrong way. Couric, a beloved television host for many years thanks in large part to her celebrated run co-anchoring NBC’s super-popular Today franchise, should be a less controversial choice, at the very least.