Home » Celebrities » Jessica Alba Explains Why She Stepped Away From Acting

Jessica Alba Explains Why She Stepped Away From Acting 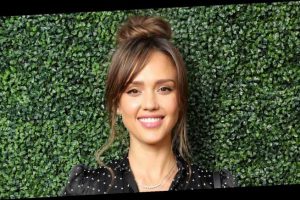 Jessica Alba is opening up about her career change.

In a new interview with Romper, the 39-year-old actress and co-founder of The Honest Company explained why she decided to take a step back from acting after giving birth to her first daughter Honor back in 2008.

“My mother had cancer at a really young age. Many women in my family have passed from various different cancers, none of them genetic,” Jessica shared, adding that she also “grew up with chronic illness.”

“I had five surgeries before I was 11 years old,” Jessica revealed. “I had chronic allergies, and I was hospitalized a lot as a child. I had this real moment of, I want to live, and thrive, and spend as much time with this little person that I’m bringing into the world as possible and stay.

She added, “So, my health matters. I want this little person to be healthy. And it’s really freaking hard to be happy when you don’t have your health.”

Jessica said that focusing on her health and being a mom was the reason why she stepped away from her acting career.

“That’s really what motivated me,” Jessica said. “My motivation was not like, ‘Am I ever going to get hired again?’ Frankly, I was at the top of my career.”

After giving birth to Honor, Jessica realized she “couldn’t go back to what I was doing before and be authentic. I just couldn’t. I just didn’t care about it anymore the same way. It was something bigger.”

I felt like if I was going to, I guess, sort of get this platform, what can I do with it that could be meaningful and make a difference,” Jessica continued. “That reality just felt so real when I became a mom for the first time.”

In another recent interview, Jessica said that Honor was “mortified” when she found out this fact about her mom!