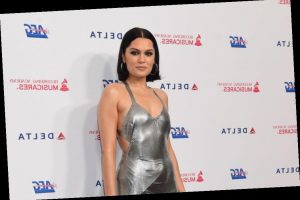 Jessie J is known for her beautiful voice and ability to hit notes that most other singers can only hope to. As music is Jessie’s career, her keen sense of hearing is imperative to her work. Unfortunately, the singer was recently diagnosed with Ménière’s disease, an inner ear disorder that affects one’s hearing and balance. Now, she is clearing up rumors about the disorder and her supposed recent hospitalization.

What is Ménière’s disease?

According to the Mayo Clinic, the disease affects the inner ear. It often leads to vertigo and hearing loss. In most people, the disorder only affects one ear.

Symptoms of the disorder include dizzy spells. “You have a spinning sensation that starts and stops spontaneously,” the Mayo Clinic reads. “Episodes of vertigo occur without warning and usually last 20 minutes to several hours, but not more than 24 hours.”

People with this disorder may also experience some hearing loss. “Hearing loss in Meniere’s disease may come and go, particularly early on,” the clinic states. “Eventually, most people have some permanent hearing loss.”

Those with Ménière’s may also experience ringing in the ear, called tinnitus, and feelings of fullness in the ear.

Though it is a chronic condition, there are treatments that can help with the symptoms.

While some outlets reported that the singer was hospitalized with the disease, Jessie recently clarified that she was at the “ear hospital” on Christmas Eve.

“I have often in the past been open and honest about health challenges I have faced,” she captioned the post. “Big or small. This was no different.

“BUT… Since going live I have watched the media take 3 words from this live and create a very dramatic version of the truth,” she continued. “I’m not surprised BUT I also know I too have the power to set the story straight.”

She went on to share her reason for clarifying what she meant in the original video.

“I’m not posting this for sympathy,” she wrote. “I’m posting this because this is the truth. I don’t want anyone thinking I lied about what actually happened.

“I wasn’t aware of Menieres before now and I hope this raises awareness for all the people who have been suffering way longer or worse than I,” she continued.

Over the recording, she also wrote captions explaining where the confusion came in.

“I’m fine though,” she wrote on the video. “Everyone is like ‘I’m so sorry.’ It’s fine. It could be way worse. It is what it is. It just threw me off like on Christmas Eve I was literally in the ear hospital like ‘what is going on.’ I never said I was hospitalized.

“But I’m grateful that I went early and they worked out what it was real quick,” she continued. “I got put on the right medicine and I feel much better today. I’m super grateful for my health.”

Jessie then went on to tell fans that she was on her way to singing again.

“I’ve just been laying low in silence,” she wrote. “That’s the first time I’ve been able to sing and actually bare it. You can hear I’m not very good at singing loud yet. I just miss singing so much and being around anyone.”

END_OF_DOCUMENT_TOKEN_TO_BE_REPLACED

END_OF_DOCUMENT_TOKEN_TO_BE_REPLACED
We and our partners use cookies on this site to improve our service, perform analytics, personalize advertising, measure advertising performance, and remember website preferences.Ok