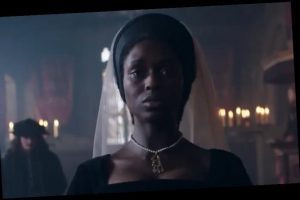 The -year-old actress will star as the iconic queen, the second of Henry VIII‘s wives, in the Channel 5 show.

The three-part drama series will focus on Anne in the final months of her life, just before her marriage to Henry was annulled and before she was executed for treason and other charges by beheading.

The show will also focus on Anne’s struggle with Tudor England’s patriarchal society, her desire to secure a future for her daughter, and the brutal reality of her failure to provide Henry with a male heir.

Anne was also the mother to the future Queen, Elizabeth I.

When the series was first announced, some fans didn’t know what to think about Jodie playing the part.

Here’s what Jodie said to their objections about it…