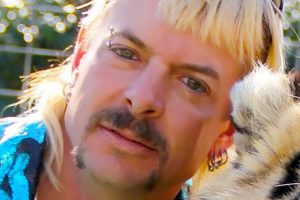 The Tiger King can’t seem to catch a break. Between his current federal jail sentence that can’t get commuted, overturned, or pardoned regardless of who’s in the Oval Office and the perennial thorn in his side known as Carole Baskin, it’s safe to say that Joseph Allen Maldonado-Passage (aka Joe Exotic) has seen better days.

Yet, recently, a salvo of sorts was introduced when his longtime nemesis, Carole Baskin, offered to help him get out of jail. Amazingly, the Tiger King accepted the offer. “It is time for Carole and Howard to put up or shut the hell up because I’m accepting their offer,” he told Entertainment Tonight. “It is time to get on the phone to President Biden or whoever they need to that they’ve got in their little financial pocket and say, ‘Hey, Joe is willing to support a big cat bill to help protect cats in America from being exploited. But we need to keep our end of the deal and get Joe a pardon because this wasn’t really about murder for hire or shooting five tigers — this was about exploiting Joe to support Carole’s agenda.’ So, there’s the offer on the table, all right?”

Unfortunately, when the Tiger King gets out of jail, he’s going to find himself without a king by his side. 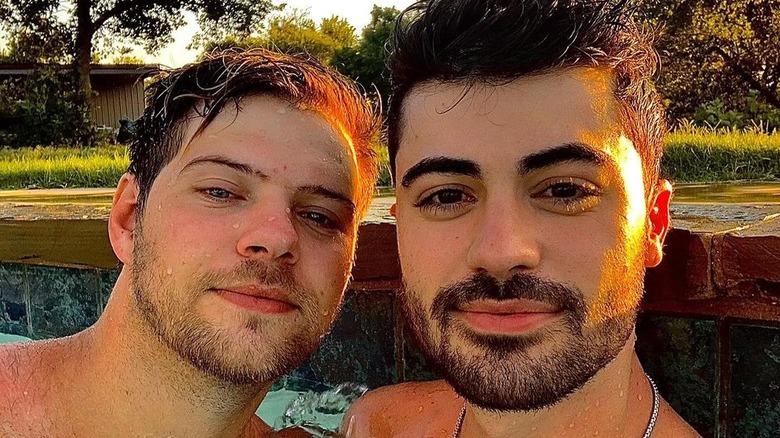 Simply put, Joe Exotic’s ex-husband has a new boyfriend. All we know about him, right now, is that his name is John. Dillon Passage took to Instagram to introduce his followers to his new man on July 8. “Everyone, meet John… I’ve planned on keeping my relationship private for personal reasons but lately I’ve been having a hard time dealing with things happening in my life and John has been my rock and helping me get through it all,” he wrote. “In short, this is an appreciation post for this special special man. Thank you for being you.”

People reports that the Passages split earlier this year. However, Dillon Passage still expressed support for his incarcerated now-ex-husband, which he expresses in a series of Instagram posts. Sounds like even though they’re no longer together, they’re still on fairly decent terms.