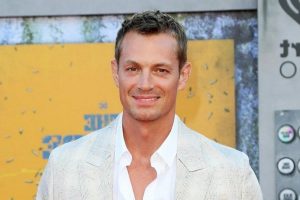 The ‘Suicide Squad’ actor seeks to ban former lover Gabriella Magnusson from contacting him as he accuses her of blackmailing him after their romance turned sour.

AceShowbiz -“The Suicide Squad” star Joel Kinnaman has filed a restraining order against a woman he claims is blackmailing him.

Kinnaman states his relationship with Gabriella Magnusson, a Swedish model who also goes by the name of Bella Davis, was consensual, but took a turn in December 2018 when he refused to see her home safely one night.

According to the actor, she began demanding $400,000 (£288,300) and more perks from him, insisting she would go public with an accusation that he had raped her. She also allegedly threatened to have him beaten up by her friends who are members of the notorious Los Angeles gang the Crips.

The “Robocop” star released a lengthy statement on his Instagram account on Friday (06Aug21), in which he listed some of her demands, which include, “Hollywood connections, helping to secure a work visa, a verified Instagram page, a Wikipedia page, and a photo shoot with Sports Illustrated.”

“Her threats of violence against me and my loved ones have become so serious and specific that I felt I had no choice but to seek a restraining order,” the actor concludes his statement.

“I want to be VERY clear so there is no misunderstanding: I stand by all victims of sexual assault. That is not what occurred here. This was consensual sex. And now it is an attempt to extort. More importantly – this is a threat to the safety of my family and loved ones, which will always be my top priority.”